NO-ONE is quite sure what a middle-aged man plans to do with the dozens of plastic tubs he has been saving from Indian takeaways.

Norman Steele has kept every piece of Indian takeaway related plastic since 2006 without ever explaining why.

Steele’s son, Brian, said: “I’d like to think he just doesn’t want to see them go to a landfill. But he did once say to me that, ‘global warming sounds like a load of old piss’. So I don’t think that’s the reason.

“Does he have tens of thousands of spare buttons that he is sorting by size and colour? Or is he using them to store lots of other, much smaller tubs?”

Steele’s daughter, Jenny, added: “I can see him taking them to a car boot sale and then getting incredibly angry when someone offers him 50p for the lot.

“Either that or I’ll turn on Dragon’s Den one day and see him stood there saying, ‘I want £100k for 10 percent of my second hand Tupperware business’.”

Norman Steele said: “Of course I’ve got a plan for them.” 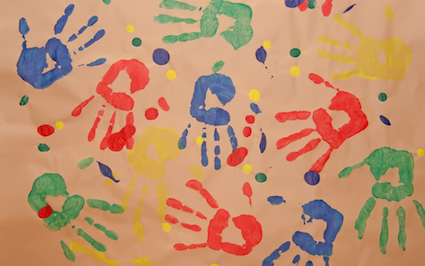 A MOTHER-OF-TWO has received her seventh Mother’s Day card in a row based on the theme of  ‘handprints’.

Emma Bradford was given the laminated card by her five year-old daughter and will feel obliged to file it with the cards she has been receiving since 2011 when her son was first attending nursery.

“I get it when they’re nine months old and they can’t roll over on their own, but this is just lazy bullshit.

“It’s depressing imagining them all lined up, the teacher pressing the hand into the paint then slapping it on the paper like they’re suspects at a police station.

“I’ve already got their filthy handprints on the TV, up the walls, on the patio doors and on every other shiny surface in the house.

“But thanks to lamination, they’re preserved forever. Spiffing.”