A MIDDLE-AGED man has lost three friends to a localised outbreak of conspiracy theories.

Martin Bishop, 47, tragically witnessed some of his best mates succumbing in quick succession, despite them having no underlying tendency towards the condition.

Bishop said: “One day our Whatsapp group was all about valuing football players and ranking biscuits, and the next it was Bill Gates, microchips and 5G.

“Those of us who weren’t displaying any symptoms tried to steer the conversation back round to the five-a-side team, but it was too late to save them.

“The last message I saw before leaving the group was about organising a ‘Men Against Masks’ protest for the weekend.

“Apparently it was just the three of them, walking around the town centre with placards saying ‘Question Everything’ and then going to ‘Spoons when it started raining.”

Bishop added that he and others who had been in touch with the trio were now isolating and upping their exposure to science, reason and logic. 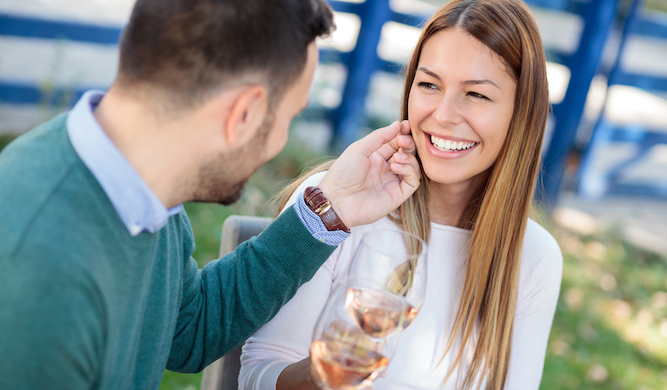 A PLAN to just have one glass from a lunchtime bottle of wine was flawed in conception and wholly unachievable in reality, a couple has confirmed.

Martin Bishop and Emma Bradford opened the bottle of rosé with a wildly ambitious programme of just having a single glass each.

Bradford said: “It’s school holidays, I’ve got two weeks off, Martin’s only part-time at the moment, so I suggested we just indulge ourselves with a lunchtime glass.

“It really went down well. Better than I expected. And when I got up to put it back in the fridge, not intending to for one moment, Martin thankfully said ‘Just one more?’

“Obviously, which the plan didn’t take into account, there’s no sense putting a bottle back in when there’s only a third remaining, so we tidied it up by finishing it. And I put another in to cool for later. Tactically, that was disastrous.

“At 4pm, when I had to send Martin to the off-licence and the chippie because no way was I cooking, I kept muttering ‘But this wasn’t in the plan!’ to calm my thumping head.”

Bishop said: “I think maybe the plan was nothing more than ‘Shall we have a glass of wine?’ being far more acceptable then ‘Shall we drink that bottle of wine?’ all along.”