31-YEAR-OLD strip club visitor Wayne Hayes has condemned the other men there as perverts.

During his four-hour visit to the Mayfair establishment, Hayes was revolted at how seemingly normal men could derive pleasure from objectifying women.

Hayes said: Im only here in a semi-ironic capacity, Im not properly into it like that guy over there.

I mean what kind of lonely pervert hangs around in a place like this anyway. Paying girls to dance for you is like being Jabba the Hutt.”

However Hayes paid for several private dances with brunettes, to prevent the women having to perform for other less socially-conscious men.

“Carly and I mostly just talked about her university course.

It would more like chatting to a friend, while occasionally slipping crumpled £10 notes into that friends g-string.

“We got on so well as mates that I might drop in regularly on Tuesdays, if she’s working.”

Plymouth ‘most expendable part of UK’ 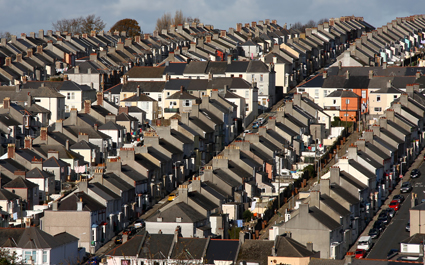 IT would not be a big deal if Plymouth was destroyed in a nuclear explosion, according to the government.

Ministers decided to relocate Trident to Plymouth if Scotland goes independent, because of the chance that something might go horribly wrong with the missiles’ ‘auto-destruct’ mechanism.

A government spokesperson said: We agreed that anything nuclear you want as far away from the important areas of the UK – London and the nice bits where politicians live – as possible.

Thats why Sellafields in the North West, so that if it goes pear-shaped all weve really lost is a few sheep and Carlisle.

So for Trident it was a toss-up between Plymouth and Stoke. Which was most expendable?

“We went with Plymouth because at least anyone whos on fire can run into the sea which gives them a fighting chance.