THE trend for men wearing woven elastic bands around the penis is affecting male health, experts have warned.

Loom penis rings is a craft craze among men aged 18-54 where a loop of eye-catching elastic bands is worn around the base of the reproductive organ.

41-year-old Roy Hobbs said: All the guys at work are into loom cock bands because they look so pretty and awesome. Its an expression of individuality and you can swap them with friends.

But after wearing one for a solid week I noticed that my penis felt numb and had a purplish hue.

Doctors wanted to cut off my loom band but I wouldnt let them because it took me six hours to make.

Ultimately my member went bad and fell off in the bath.”

Doctor Mary Fisher said: Men love to join in childish crazes, like cycling. But remember that no amount of adornment can make the penis look anything other than disgusting.

Airlines admit their cockpits are full of weird shit 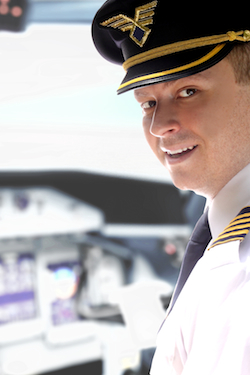 AIRLINES have urged passengers not to pry into what happens inside the cockpit once the door is closed.

“I have a seahorse in my underpants”

As it emerged a Flybe pilot landed his plane after his false arm came loose, the airlines said that cockpits are magical places beyond the reach of international law.

A source at a major British carrier said: We have one pilot who refuses to fly without his pet chickens.

Most of the chickens just hop around inside the cockpit, treading on important buttons and switching the engines on and off.

But theres one chicken that spends the entire flight with its face pressed up against the windscreen.

Another source said: We’ve got a flight crew that puts on full scuba gear and then pumps the cockpit full of shaving foam.

And another one of our pilots waits until he is at cruising altitude and then sets up a charcoal barbecue. He says the cabin pressure gives the marinade a bit more ‘oomph’.

The source added: Youre right to be worried. The automatic pilot is more of a marketing thing rather than an actual thing.