AFTER two days of ‘posh woman has the baby’, a man has realised he actually misses news about Brexit.

Tom Logan confirmed that after reading a news item about which nursery the baby will attend he craved complex, mind-numbing details about the Customs Union.

He said: “When my wife gave birth I told her ‘good for you’, but now I’ve got the BBC sending me push notifications about somebody else’s child like I should give a shit.

“At one point they were saying ‘this baby is huge’ and I was like ‘oh man, maybe it’s like a little adult? Maybe it has a beard?

“Turns out it was just like a normal sized, non-freakishly large baby.

“So I then Googled ‘could customs arrangements in Switzerland be a solution to the Irish border question’. At this point I’d even endure a tweet from Daniel Hannan.”

Logan added: “I’ll spend the rest of the week Googling Brexit hot takes until everybody remembers the baby is just a collection of cells fired out by another collection of cells, and is not automatically more interesting just because those cells are banging some bald prince.” 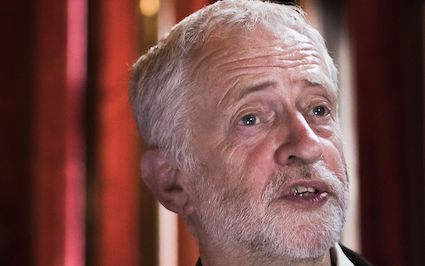 JEREMY Corbyn is meeting Jewish groups to ask them to stop being bad people and provoking his supporters.

The Labour leader is meeting representatives of the Board of Deputies of British Jews and the Jewish Leadership Council to show them a better way, called ‘socialism’.

He said: “I bet you didn’t know this: Karl Marx was a Jew. And he was the greatest person ever to have lived.

“So you don’t have to be a rapacious capitalist, or an occupying colonialist benefiting from a racist system of apartheid, or any of the other bad things you’ve been forced into by our unequal society.

“You could be your own people, and those people would support Jeremy Corbyn uncritically. Not only would you not face justifiable anti-Semitism on social media, you’d be happier in yourselves.”

He added: “If you could realise that your religion is wrong and discriminatory and give up on it that would be fantastic.

“I’m just trying to help you.”