Man overtaking aggressively stuck at traffic lights like a knob

A DRIVER who overtakes as if he is in the Grand Prix invariably ends up at traffic lights just two cars ahead of people he has overtaken.

BMW owner Tom Booker frequently tailgates other vehicles, cuts in dangerously and gives other drivers the finger as he speeds past, but is not able to bully traffic lights.

Accountant Donna Sheridan said: “Some idiot was right up my arse but then he hared off and overtook a van on a blind bend. It was well worth it because at the next set of lights he was a whole 15 feet ahead of me.

“It was clearly him because it was a white BMW and I could see the person inside gesticulating angrily as if an automated traffic flow system was deliberately trying to wind him up.”

Speaking on his mobile, Booker said: “I’ve got no time for Sunday drivers. High-powered professionals like me need to be at their desks powering the economy. Every second counts when you’re selling shower curtains.

“Anyway, I can’t talk now. These lights are taking ages to change and a guy I cut up a few minutes ago has got out of his car and is coming towards me.

“He’s a surprisingly big bloke for someone who drives a Fiat 500.” 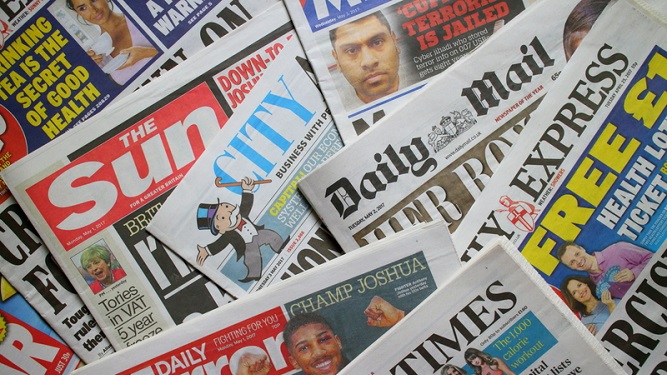 PARLIAMENT has voted to continue following orders from Britain’s newspapers or face having their heads metaphorically kicked in.

MPs yesterday voted against the second stage of the Leveson inquiry, preferring the unpleasant but familiar arrangement of doing what capricious right-wing press barons tell them to.

MP Julian Cook said: “Make my own decisions for the good of the country? That sounds like a lot of hassle and a bit scary, so fuck that.

“Life’s much simpler if I can get up, read the headlines, be reminded of the consequences of stepping out of line and vote accordingly. Really we should thank the press for making democracy more efficient.”

Daily Mail editor Paul Dacre said: “This is a magnificent victory for the freedom of the press. The freedom to call people ‘TURNCOAT QUISLING ARSES’ if they don’t support our barking version of Brexit.

“That and rummage through Hugh Grant’s rubbish to see if the superior bastard’s been putting household waste in the recycling.”