A MAN is studying a menu and making inane comments in a bid to convince his fellow diners that he might ordering anything but a burger.

Tom Logan has ordered a burger on each of the last 34 occasions he has eaten out, but seems intent on maintaining the charade that he could be more adventurous.

Fellow diner Emma Bradford said: “It’s embarrassing to hear Tom try and sound like a discerning gourmand and make out he’s tempted by the spinach and mushroom gnocchi. He pronounces it ‘gunoki’.

“He’ll eulogise about pan-fried haddock, even though I’m sure he’s never eaten a fish in his life. I wouldn’t even put it past him to ask the waiter what the soup of the day is, and then furrow his brow in contemplation.”

She added: “Then he’ll casually mention that the burger actually sounds quite good, as if it’s the first time he’s ever heard of the concept of putting meat in a bun.”

After wolfing down his cheeseburger Logan will then gently enquire as to whether anyone might have dessert.

Bradford said: “He’ll act as if he’s trying to gather support for a coup d’etat. But we all know he’s going to have sticky toffee pudding even if he has to sit there and eat it on his own.” 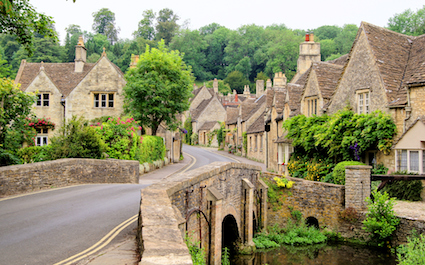 THERESA May has promised MPs a free vote on the ‘nation-defining’ issue of whether vicars can still greet policemen while cycling past village greens at sunset.

The prime minister pledged to allow a frank and open debate about whether tea should still be served on manicured lawns to retired army officers who write to the local newspaper.

She said: “Unlike Labour, my team still believe in schoolchildren in caps and short trousers scrumping apples while accompanied by a scruffy but sweet-natured dog.

“There will be a free vote on whether bobbies on the beat should continue good-naturedly tousling the hair of youngsters while bidding the town’s spinster librarian a fine evening.

“Would Jeremy Corbyn allow his party to vote in favour of warm ale drunk to the reassuring jingle of Morris men dancing? Certainly he hasn’t said so.”

Voter Norman Steele said: “Finally, a prime minister not afraid of the real issues confronting our nation in the 21st century.”