A MAN doesn’t give a shit about his friend’s sponsored swim but just wants everyone to know he’s got loads of cash, he has confirmed.

Corporate lawyer Nathan Muir put a donation of £2,000 on the page old school pal Tom Logan had set up to raise money for charity just so all of their mutual friends and acquaintances would realise he’s absolutely rolling in it.

Muir said: “Tom sent me a link to this charity thing he was doing in memory of his dog or whatever. It’s the kind of sentimental nonsense I’d usually ignore, but then I saw that loads of dickheads I used to know had been making donations.

“Honestly, they were lame. A tenner here, a fiver there. One of the poor sods even managed to stretch to fifty quid, which prompted a massive outpouring of appreciation from Tom about their ‘immense generosity’.

“So I just cracked two grand on there and sat back and waited for everyone to realise what an immense success I had become, whilst they were all pissing their lives up the wall maintaining lasting friendships and support networks.

“Then I went home and cried.” 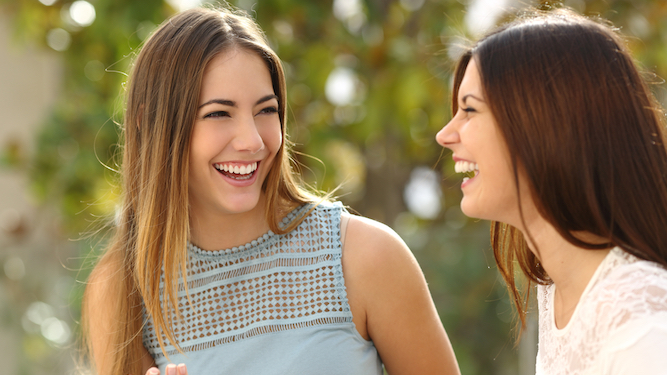 BRITAIN’S parks have once again been visited by mythical laughing girls inviting men to join them for a light-hearted rounders match.

The girls, who witnesses have described as being young, carefree, and barefoot, appear to lone men and tell them they just need one more player to make up a team.

The men then leave their briefcases and jackets behind them on the grass and go to join the game after which they are never heard from again.

Fortean Times editor Julian Cook said: “Are the men consumed? Or do they live forever on another plane, basking in the tinkling giggles and the girlish claps of these student-age sirens as they score another hit?

“One thing is certain: to tired, sweating men, weighed down by their responsibilities, these untroubled girls-next-door in their simple vest tops are a temptation that cannot be resisted.”

Stephen Malley of Ludlow said: “I saw them once. Their white teeth twinkling through the trees, they called to me to play but as I ran I tripped over a tree root, and when I opened my eyes they’d gone.

“And I had to return to my life. My stupid, rubbish life.”