Man seems to think he helped out with World War Two

A 42-YEAR-OLD man thinks he had something to do with Britain’s historical military victories.

Office manager Martin Bishop frequently expresses pride at how ‘we’ defeated enemies like the Nazis, despite having no military training and not being born at the time.

Bishop said: “We showed tyrants like Hitler and Napoleon who’s boss, although my ability to fight them personally has been limited by being born in 1974.

“It’s in our national character to never give up, like during the Battle of Britain or when I did that 5km charity run.

“I may not have been at our wars in person, but I feel I’m continuing our proud military tradition by watching documentaries about them while having my tea.

“If I’d been around at the time I’d definitely have been getting stuck in on D-Day or at the Battle of Agincourt, because I’m a dab hand at archery on the Wii.”

Trump to deport everyone who is not Native American 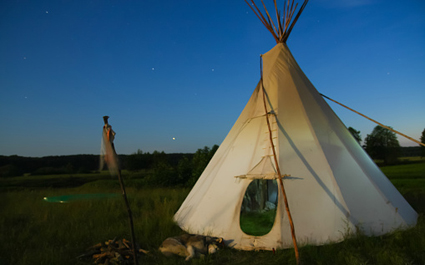 As part of a wider plan to restore America’s old values of shamanism, living in cone-shaped tents and going on vision quests, Trump will remove anyone who is less than 50 per cent Native American, including his family and himself.

He said: “We have forgotten the tribal values that made this nation great. We have lost our connection with nature and no longer even fear the Wendigo, the mighty shape-shifter who comes with the winds.

“By 2017 there will be buffalo back on all the plains, Kevin Costner is going to help me and I will scalp anyone who stands in my way.”

Trump voter, Martin Bishop said: “This is exactly what we wanted from Trump.

“Kick all the foreigners out, including me, my wife, kids and everyone I know. It’s Brexit plus plus plus.”

He added: “The antelope is my spirit animal.”