Man still hoping he can turn life around before Christmas dinner

AN unemployed, single and homeless man is racing against time to sort his life out before seeing his relatives for Christmas.

“Maybe I say I’ve got an internet start-up?”

Tom Logan of Reading is struggling to find a positive spin on 11 months of decline for the annual meeting with his much more successful family.

He said: Ive got almost a month before Im passing Uncle John the sprouts, so theres still time to apply for a few college courses.

Sleeping on a mates couch for the second year running is fine if youre only doing it to save money to become a human rights lawyer.

Or did I say that last year?

At previous Christmases Logan has claimed to be doing a prestigious internship with a City firm and to be writing a novel, and successfully distracted attention from being dumped by his girlfriend with an anecdote about meeting Michael Caine.

He continued: The chances of meeting, dating and bringing Emma Stone back for Christmas to sit between Auntie Gladys and Uncle Pete are looking more remote by the day.

To be honest Im sort of praying that someone else in the family has had a worse year, like maybe my brothers business going under. 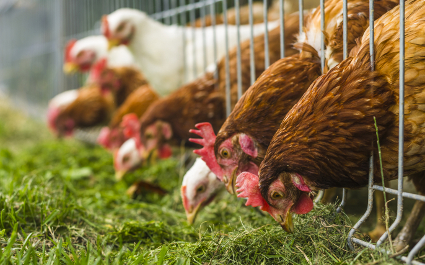 PUBLIC health officials have advised the public to stop eating chicken while pecking the microphone and squawking intermittently.

Up to 78 per cent of chickens sold in supermarkets are contaminated with campylobacter, according to inspectors who bobbed their heads forward while walking and left feathers everywhere.

“Stop eating them immediately, but continue to feed them and house them so they don’t contaminate animals in the wild like foxes, which they should be kept well away from because of the food chain.

“Maybe start to think of them as more of a pet that you spoil with nice treats, and start eating those big hairy things we don’t like instead.

“What are they called? Dogs? Yeah, dogs. We knew that, because we’re people.”