Actually we are a bit plebby, admit policemen

“All my clothes come from the catalogue”

The officers confirmed that most of them live in new-build semis furnished by DFS, and that they prefer reading novels based on true events, like those by Andy McNab.

PC Norman Steele, from Stevenage, said: Me and the wife watch The One Show because its telling you whats going on in the world, isnt it?

Weve got a 60-inch telly because we never go out to shows or anything fancy like that. Theyre not for us.

Usually she cooks and she can work wonders with a jar of Chicken Tonight, but sometimes I do my famous Leek & Ham Pasta N Sauce.

After that I crack a Skol and she has a glass of Lambrini while we do a wordsearch and listen to some Il Divo.

Theyre like opera but with proper songs, like Unbreak Your Heart, but changed into foreign so its classy.

Steele stressed the Andrew Mitchell libel case will not change his values or beliefs and that he will continue to vote Conservative. 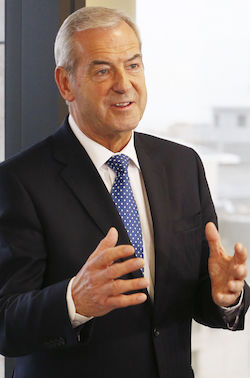 THE commission on new powers for Scotland has unveiled a camel with nine legs, seven humps and 13 buttocks.

The Smith Commission revealed the hideous creature to screams of horror as onlookers fainted, vomited and ran through plate glass windows in a desperate attempt to flee.

Chairman Lord Smith said: We tried to come up with a coherent set of powers, but somehow this abomination was dragged into existence.

From certain angles it doesnt look too bad. Just keep away from its rear because – as you will see – every 30 seconds it sprays liquid dung like a firemans hose.

There it goes. Oh my god.

As two of the creatures legs fell off, Smith added: That was supposed to happen.

He said: The Scots can use the camel to frighten people away from the abandoned fairground where they stash their gold.

Or they can use it to force some English people into giving up the best picnic table in a lovely park.

And when it dies theyll probably just eat it.