A MAN has announced he will be arriving home drunk around three in the morning and then burning the shit out of a frozen pizza.

Martin Bishop also revealed that the burning pizza will set off the smoke alarm and wake all of his neighbours.

He said: “I just want my neighbours to know now so they don’t make any plans to sleep right through the night or anything.

“They could even set their alarm for maybe 2.55am just so they’re not shocked by the incredibly loud noise.

“I imagine it’s quite loud, but I only ever hear it when I’m drunk so it doesn’t really register with me.”

He added: “I’ll definitely be bleary eyed and apologetic though.

“Standing on the landing with no trousers on with one shoe saying, ‘I’m sorry, I know I keep doing this’.

“Thank you for your attention. Good day. ”

16-year-old fools barman by ordering a Campari and soda 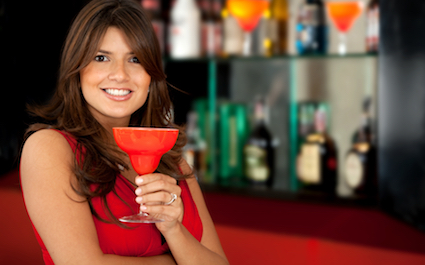 A 16-YEAR-OLD girl managed to fool bar staff that she was of legal drinking age by ordering a Campari and soda.

Nicki Hollis tricked the barman, who she feared was about to card her, at Revolution in Loughborough into thinking she was older by ordering a sophisticated, adult drink only enjoyed by mature palates.

She said: “I could see in his eyes that if I ordered a WKD or even a vodka and Coke I’d confirm his suspicions, so I had to think fast.

“I needed something cultured, something worldly, and when I ordered that Campari I saw the change in his manner. Suddenly it was like he was serving a 25-year-old. A woman.

“Unfortunately Campari is a bitter grapefruit liqueur which is absolutely hanging, so the second part of the plan – to get pissed – fell down a bit.

“Also I was stuck in the toilets most of the night holding my mate Hayley’s hair while she was sick. She’d had three Pernod and blacks.”