Man views every minor inconvenience as sign terrorists have won

NOT being allowed to take a backpack into the National Gallery is proof that terrorism has won, it has been claimed.

Martin Bishop, from Hackney, was forced to leave his bag in the cloakroom before entering the gallery’s Goya exhibition, which he insists is a ‘flagrant abuse of his hard won civil liberties’.

He said: “By preventing me from exercising my right to do whatever I want all the time, we’re doing the terrorists’ work for them.

“I asked the staff if this was London or Raqqa, and they told me to calm down and stop being such a twat. Osama bin Laden couldn’t have put it better himself.

“Last week, I was told I couldn’t bring my own popcorn into the cinema, and when I complained they asked me to keep my voice down. Congratulations, Islamic State.”

Bishop said the defeat of Western democracy was also evident in ‘rampant political correctness’, the congestion charge, and the fact his local supermarket no longer sells medium-sized eggs.

Leicester’s secret is not playing any good teams 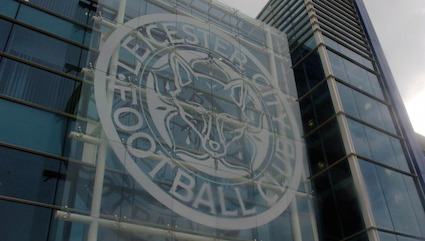 THE KEY to Leicester City’s success is to avoid playing anyone decent, it has been confirmed.

The transformation of Leicester, a team of players who either look like bouncers or people who pick fights with bouncers, into title contenders has left experts baffled.

Some have suggested warlocks have engineered a body-swap with struggling champions Chelsea, while others believe high-profile Leicester fan Gary Lineker is simply lying about his team’s results on Match of the Day.

But manager Claudio Ranieri revealed that Leicester’s rise is down to ensuring they do not play anyone better at football than they are.

Ranieri said: “We accidentally played Arsenal in September and got thrashed, which taught us a valuable lesson. Playing good teams is a sure-fire way to drop points.

“Since then, we’ve avoided Manchester City, Manchester United, Liverpool, and Everton, all of whom have players who are much better than our players.”

At the other end of the table, Newcastle United manager Steve McClaren said: “At least 16 teams in the league are better than us, which is clearly unfair, and the only reason we’re 17th.”