A MAN who claims to love traditional British values cannot explain what they are in any detail.

After a report claimed British values were under threat, sales manager Roy Hobbs affirmed his belief in them but could only give the examples of Christmas and possibly ‘determination’.

Hobbs said: “We’ve got to stand up for British traditions like Christmas, although I tend to focus more on the presents and getting pissed for two weeks than the Jesus stuff.

“I couldn’t give you a full list of British values off the top of my head, but ‘fair play’ and ‘determination’ are probably two of them. Maybe ‘drinking tea’ as well.

“The details aren’t important, we just have to defend British values before political correctness makes us celebrate Islamic Winterval. My family will be having a traditional British Christmas with lots of sherry, new games for the Sony Playstation and a good Pixar movie.”

“Immigration is the biggest threat to our values because of them all coming here with a totally alien culture of differently shaped bread and sausages.

Woman mistakenly believes she was fun and interesting before having kids 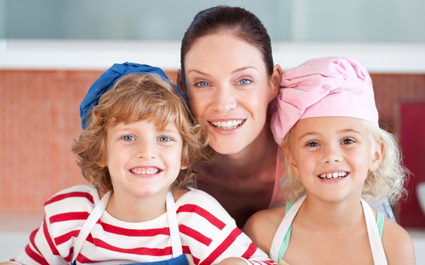 A MOTHER-OF-TWO incorrectly believes she was a really fun and exciting person before having children.

38-year-old Emma Bradford claims that simply everyone wanted to hang out with her before her kids ‘took over’.

She said: “As much as I love my children, I’m just constantly knackered from clearing up after them and it has really changed my previously amazing personality.

“When I was single I just used to light up the room with my hilarious banter and controversial but well-considered political opinions.

“Everyone wanted to shag me.”

However Bradford’s former colleague Nikki Hollis said: “I remember her as a pleasant enough person.

“Sometimes I would offer her a Malteser and she would meekly accept. I’d describe her as a reliable and pleasant conformist.”

Bradford added: “No, I was this amazing whirling nucleus of creative and sexual energy. You should have seen me, really.

“Then I got ‘baby brain’ and suddenly became a quite standard person who slavishly follows Richard and Judy’s Book Club.”