A MAN who says “Is anyone really surprised by this?” in response to every piece of appalling or shocking news is beginning to annoy the f*ck out of people.

Office worker Martin Bishop claims to have been unsurprised by the rise of Donald Trump, Boris Johnson becoming prime minister and even the disappointing ending of Game Of Thrones.

Colleague Tom Logan said: “Any time anyone so much as raises an eyebrow at something in the news, Martin’s in there claiming that he was expecting it all along.

“He’s been unsurprised by everything from the referendum result to the heatwave. He really does have amazing predictive powers, especially about things that have already happened.

“He even did it with 9/11, saying ‘I’m just surprised anyone is surprised’. With his knowledge of world events I’m surprised he hasn’t been recruited by the CIA.

“However he failed to predict Karen loudly referring to him as ‘that know-it-all d*ckhead Martin’ just as he walked into the office, which was awkward but also very hilarious.”

When asked if he had any tips about future events that might surprise others but not him, Bishop simply smiled in an insufferably smug manner, unaware that everyone was thinking ‘w*nker’.

Woman goes to gym for good sit down 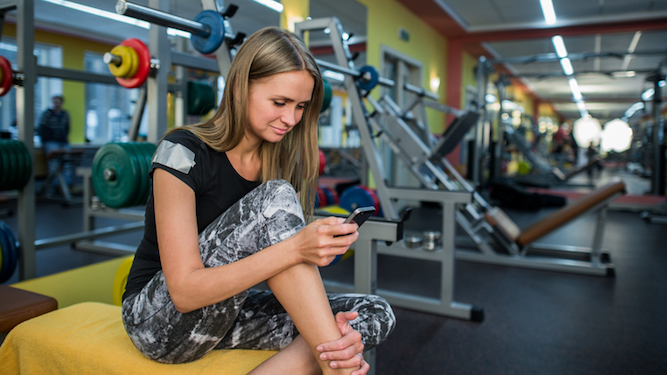 A WOMAN has once again spent several hours at her local gym doing anything except working out.

Nikki Hollis has been attending the gym Super Elite Fitness for the past two years in order to relax, play with her phone, use the sauna and delude herself that she is somehow getting fit.

Hollis said: “It’s not fair to say I’m not improving my fitness. All those smoothies must be making me super-healthy and full of vitamins.

“At least I actually go to the gym. Most of my friends pay £60 a month and never go, but I’m there all the time, walking vigorously to the comfy seats and exercising my upper body unpacking my gym bag.

“In any case it’s up to me what I use the membership for, which today is admiring my cool new gym wear in a mirror.”

Fellow gym user Joseph Turner said: “It’s really annoying when Nikki is having a rest on the leg press when I want to use it. She seems to think it’s some sort of high-tech sofa.

“To be fair she does do some exercise. Her thumb muscles must be ripped from all that texting.”