Man who claims to be European getting on everyone's tits

A MAN who keeps saying he sees himself as European is rapidly becoming very annoying, everyone has decided.

Teacher Martin Bishop, from Nottingham, frequently claims to have a strong sense of European identity despite only having been to France three times on holiday.

“I appreciate he doesn’t agree with Brexit, but the only foreign language he knows is weird GCSE French phrases like ‘Can you tell me the way to the fishmonger?’

“It’s totally ridiculous because there’s no way British people think ‘Ah, another day in Europe’ when they’re watching Eastenders or standing in the queue in Greggs.

“Martin needs to shut the fuck up about Europe or move there, but he won’t do that because he’d just end up living in a hostel until his money ran out.”

Bishop said: “We Europeans are more cosmopolitan than your average Briton. That’s why we appreciate unpleasantly strong coffee and films about university professors having doomed lesbian affairs with their students.

“Sadly my friends prefer to stay in their little Anglo-centric bubble and aren’t interested in coming over to eat calves’ liver and watch the European Parliament Channel.” 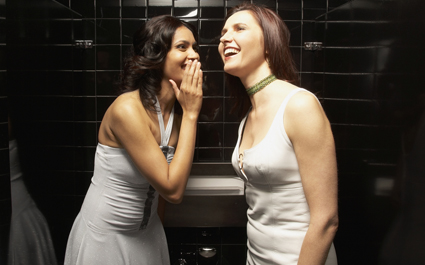 A MAN cannot understand how his girlfriend returns from a ‘quick wee’ with several phone numbers and someone’s life story.

Nathan Muir, 29, has lost hours of his life standing outside ladies loos waiting for girlfriend Nikki Hollis to return, usually while she is deep in conversation with some strange women about something highly personal.

Muir said: “I just can’t figure out what happens in there. Every public toilet I’ve been into is disgusting, silent and somehow shameful, but Nikki always comes striding out like she’s just starred in a particularly empowering episode of Sex and the City.

“Then she tells me in great detail about some guy who has been a shit to her new friend Carol and is very angry about it even though they only met for two minutes by a soap dispenser.

He added: “I really don’t understand women, do I?”