Tom Booker, 38, said he was leaving Facebook so that he could ‘get on with his day to day life like a normal person’. But this oblique and curious remark is the last anyone has heard of him.

Norman Steele, who was Booker’s friend on Facebook for six years, said: “Why would a person want to disappear from the world like that? Simply up and leave Facebook and not be aware of the latest Trending stories or Huffington Post blogs?

“It’s not like he moved to Instagram or Whatsapp. He simply departed the Internet altogether. At least when that MP in the 1970s disappeared into the sea he left a pile of clothes behind him.”

A police spokesman said, “We’ve looked at his Facebook history, searched Events he might have planned to attend or posts of friends he might have ‘liked’ but we’ve drawn a blank.

“We could look on Twitter but that’s such a bottomless quagmire we’d have to bring in outside frogmen with special dredging equipment.” 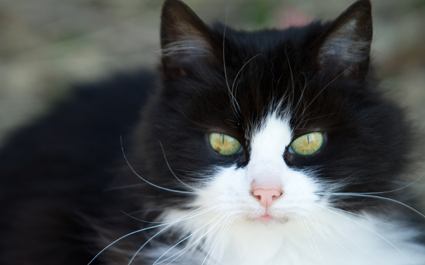 A CAT has become the first of his species to actively like a human being.

Black and white cat Stephen Malley believes his owner to be “an okay guy” after being taken to the vet with an injured paw.

He said: “I don’t like humans as a rule. Who does?

“But I have to say that Tom was pretty cool about it when I cut my paw on a piece of tin. He seemed really bothered about it, and although that was slightly pathetic I must say it made me warm to him.

“In total it cost him £280 and in his position I’d have left me to my own devices. So based on that I’d almost consider him a friend, or at least a friendly acquaintance.

“Clearly though we are different species and he’s 20 times bigger than me, so we couldn’t be close mates. If we went to the pub he’d probably stand on me by accident.

“So let’s not get carried away. If he moved abroad tomorrow I wouldn’t be bothered, assuming he left a massive bag of food.”