Man who never goes out worried about social integration

A MAN whose main activity is watching television is concerned that minorities are not taking an active role in British life, he has revealed.

Postman Roy Hobbs believes it is vital for minorities to integrate with society, although personally he has no interest in leaving the house and just watches telly.

Hobbs said: “Last night I was so angry about these minorities who want to cut themselves off I could barely concentrate on watching eight solid hours of televised entertainment.

“Immigrants should be getting involved with their local British communities, which is obviously what I’d be doing if there wasn’t a new series of Motorway Dog Police on Bravo.

“If they cut themselves off how can they learn about British values and culture? I bet most of them couldn’t name more than six of the contestants on this year’s I’m A Celebrity.

“Also they need to stop having unacceptable attitudes towards women. Excuse me, I just have to set the Sky box for the new ITV thriller about a sex attacker. It’s dead exciting.”

He added: “The biggest danger is they’ll become radicalised and turn into terrorists. That always happens if people don’t go to the pub.” 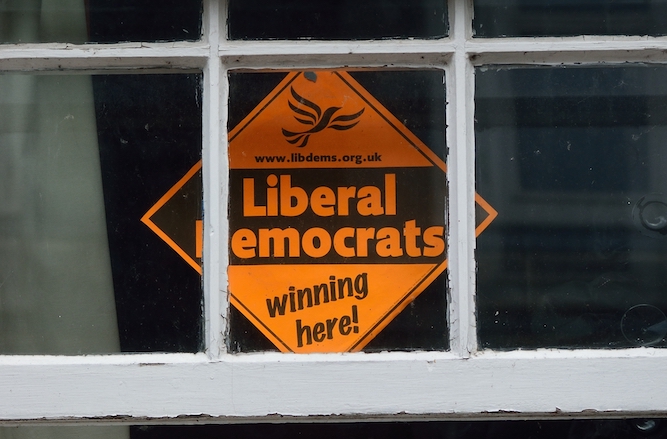 THE Liberal Democrats have confirmed plans to get a relative to set up a website for them.

The party has approached 14-year-old Martin Bishop, who is doing computers at school, to build a site that will feature news, photo galleries and a colourful Liberal Democrats logo that moves diagonally across the screen.

A spokesman said: “Websites are all the rage and I’m confident that this will take us to the next level. It’s going to look really professional.

“It’s even going to have one of those counters at the bottom of the screen that shows you how many visitors or ‘users’ you’ve had. I’ve no idea how they know that, it’s like magic really.”

The website currently has a budget of £45 although Martin has been promised another £10 if he also sets the party up with a Facebook page.

The spokesman added: “We put up our policies and people either ‘like’ them or they don’t. It’s a game changer.

“We’re not so sure on Twitter, so if anyone knows any of those online videos that show you how to set one up, please email it to Martin so he can have a look and get the ball rolling. He’s very bright so I’m sure he’ll pick it up.”