Man who wants revenge against schoolmates unsurprisingly joins the police

A MAN who wants to get back at everyone from school has surprised no-one by joining the police.

25-year-old Martin Bishop, who was teased as a boy because of his funny-shaped ears, is planning to use his new-found powers for revenge against his former schoolmates and society in general.

He said: “They can say what they want about me, I’m a policeman now.

“Which means I can come round to your house, plant a bag of weed and stick you in a cell forever.

“Let’s see who wants to be a smart-arse on Facebook now then.”

Bishop confirmed that he is particularly interested in former schoolmate Norman Steele, who used to call him ‘Trophy Head’ because of his ears: “I’ll be outside that bastard’s house every night in the squad car, eating crisps while watching and waiting for him to put a foot wrong.”

Former schoolmate Tom Booker said: “Martin was one of those people who always took it to heart when people took the piss.

“I suppose he was always going to be either a copper or a football hooligan. At least this way he gets a salary so fair play to him I suppose.”

Batman v Superman a reboot of Kramer vs. Kramer 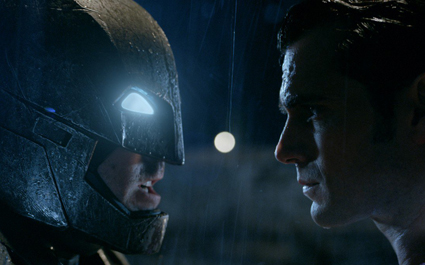 SUPERHERO fans have been surprised to learn Batman v Superman: Dawn of Justice is a reboot of 1979 divorce film Kramer vs. Kramer.

The reboot will feature Bruce Wayne and Clark Kent as a married couple whose relationship breaks down, leading to a bitter custody battle for their adopted son Robin.

Producer Julian Cook said: “It’s about two superheroes who both love their child but no longer love each other.

“We see them on happy family holidays in Tuscany, and Batman being overjoyed at his son riding a bike without stabilizers for the first time.

“But then the rot sets in as they’re both ambitious workaholics, plus Superman’s more of a day person while Batman, as you might expect, tends to stay up late.”

The film climaxes with both men finding out who gets custody of the child at a 7am court hearing.

Cook added: “That’s where the title Dawn of Justice comes from. The winning superhero takes the kid off to Costa for a hot chocolate while the other one stays in the rain, forlornly clutching a wet teddy.”