A MAN claiming to appreciate a wide range of music has been unable to name a specific act or album that he likes.

However when asked to name any album that he loves, Julian replied: “That’s not me. I love it all.

“I’m not going to answer that question because it implies a hierarchy in good music, which is ridiculous when it’s all totally unique.

“But if pressed, maybe that album with the picture of a tree on it.”

Colleague Tom Logan said: “I got suspicious when Julian couldn’t name a single reggae song despite professing to love reggae. He then failed to correct me when I referred to Mumford & Sons as Brooklyn’s top clowncore collective.

“Julian paints himself as some kind of semi-mystical John Peel figure, but the only CD in his car is the most popular Kaiser Chiefs album.

“He’s just a man who lives in fear of mockery.” 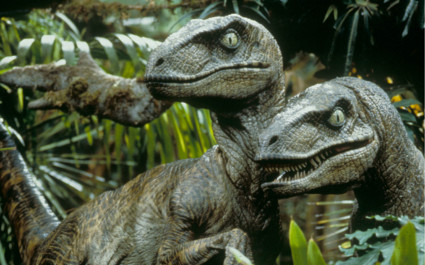 THE release of Jurassic World has seen middle-aged bespectacled velociraptors reminiscing about starring in its predecessor.

The dinosaurs, the breakout hit of 1993’s Jurassic Park, have all left their movie careers behind to live peaceful suburban lives.

Velociraptor Tom Logan, now an orthodontist, said: “I don’t get recognised much any more.

“Hardly surprising – people remember the sleek young predator from the film, and here’s me with a paunch, no scales left on the top of my head, sucking on a vape pen doing the school run.

“These dinosaurs they’ve got in this new one – metriacanthosaurus, baryonyx, mosasaurus – I’ve never heard of them.

“It’d have been nice if they’d called me up for a cameo, but we had our time.

“I keep a low profile these days, though my kids’ school did find out and got me to hunt down and disembowel a maths teacher to open up their summer fete.”

Logan is still in touch with his fellow velociraptor stars, one of whom owns a parcel delivery business in Chester and the other who is a pub landlord in Leatherhead.

He added: “Roy, the T-rex? So sad. He thought he was invincible.

“He called me a few years ago, from rehab. He was going to call me again when he got out. That’s the last time anyone heard from him.”