Manchester begins to eat itself

MANCHESTER has become a self-sufficient vortex of annihilation, scientists have confirmed.

Burglars breaking into a Salford household on Wednesday were attacked with a knife stolen from a shop in Levenshulme that had been squatted by criminals from Moss Side.

“By 2013 there’ll be one scrawny, nasal, tracksuit jockey on a building site in Crumpsall punching himself in the face surrounded by 3,000 bored but exceptionally happy coppers egging him on.”

Meanwhile it has also been predicted that Manchester’s level of self-regard will soon reach ‘critical manc’, where the buildings start to face each other and eventually merge to form one enormous converted cotton mill selling Smiths memorabilia and Boddingtons.

The massive density of the building will eventually cause it to disappear into an alternate universe that scientists believe looks like HP Lovecraft’s version of Coronation Street where the mighty and dreadful Cthulhu serves behind the bar of the Rovers Return.

Professor Thompson added: “The land where Manchester stood won’t be inhabitable for decades as it will still have trace elements of violent arrogance.

“But I’d like to think that my grandchildren may eventually see a flower grow where the Trafford Centre once stood and that it doesn’t look like Ian Brown.”

Clooney dumps model for distracting him from allotment 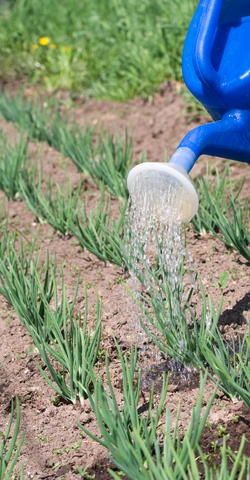 SCREEN icon George Clooney split from Elisabetta Canalis because she kept distracting from his vegetable patch, it has emerged.

The actor, who is known to be obsessive about the municipal allotment he rents two miles from his Lake Como home, had been increasingly concerned about slugs attacking his purple sprouting broccoli.

A friend said: “Slugs have long been the bane of George’s life, but this year has been the worst ever. His broccoli plants are reduced almost to stumps.

“Possibly the pigeons have been having a go too. He’s heartbroken.

“Also his runner beans are not doing anything like as well as he’d hoped, despite putting down a lot of well-rotted manure over the winter.”

The friend added: “George needed time to get pellets down and generally sort things out vegetable-wise. Maybe put some bin bags around the base of the beans, which would discourage weeds by blocking sunlight.

“So he told Elisabetta that either she helped him with the slugs or he couldn’t go to the Cannes Film Festival. But she was really keen to spend a lot of time on yacht next to a hotel.

“Eventually George was dragged to Cannes against his will, and when he returned not only had his broccoli been devastated, but the butterflies and turned his cabbages to ribbons.

“That was the final straw.”

Allotment insiders confirmed that the Ocean’s 11 actor spent last night hanging CDs from bits of string, to keep the sparrows off his lettuce.

“Unless you have any advice on how to deal with potato blight.”