A HIGH-SPEED train service will halve the time it takes to commute between Leeds and Manchester for a fight.

Currently Mancunians wishing to lay Yorkshire twats spark out on the cobbles face a two-hour journey, as do gentlemen of the White Rose county looking to fill in some Manc scum.

George Osborne said: “For Britain to remain a global force in hardness we need to hothouse our leading proponents of street violence.

“These two magnificent cities, which have hated each other since time immemorial, are losing countless hours of enmity in laborious train journeys across the Pennines.

“By the time passengers reach Dewsbury, or Stalybridge coming the other way, the red mist has lifted and too often instead of stamping on someone’s solar plexus they simply go shopping.

“A high-speed link which won’t let hot tempers cool could turn Hebden Bridge into a national centre for brawling.” 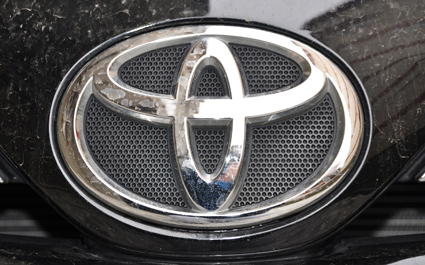 The car, a Toyota Corolla in black with rust spots, astonished other motorists by reaching speeds of around 80 miles per hour.

BMW driver Julian Cook said: “I’d moved into the middle lane, because the outside lane was empty and I wanted to bully someone, when I saw it in my rear-view mirror.

“At first I assumed, naturally, that I’d slipped through a time warp to the era of The Libertines when such a car would have been a common sight.

“But, as it slowly but magnificently overtook me, I realised it was real, it was happening now and that its in-car entertainment was a tape-deck with a removable face.”

An estimated 26 cars, many of them the good German kind, were passed by the strange apparition on Monday afternoon before it disappeared near Swindon.

PC Joanna Kramer said: “Though it is against the natural order of things for a car costing less than £850 to pass one worth forty times that, it isn’t actually against the law.

“Our advice is to keep calm, stay in your lane, and fight the urge to ram it off the road for its sheer effrontery.”