A MAN has no clear personality apart from the fact that he has just bought another expensive car, friends have confirmed.

Martin Bishop avoids complex issues like feelings, current affairs, opinions, popular culture and openness in favour of talking about his recent purchase of a Range Rover Evoque in ‘Indus silver’.

Friend Helen Archer said: “Despite knowing Martin for years, all I can be sure about him is that he has heated seats, keyless entry and can go 0-60 in 9.2 seconds.

“I’ve tried to get him to open up, but he was more interested in discussing the intelligent emergency braking. Also it was hard to hear him over Now That’s What I Call Driving Anthems at full blast on his 11-speaker stereo.”

Bishop said: “I think I may have displayed some ‘personality’ in the past. But I don’t like looking back, unless I’m using the Range’s rear parking camera with in-built motion sensors.

“I can change though. I’m pretty sure I felt a tiny glimmer of something which might have been ‘regret’ when I thought about how much the car was depreciating as I drove it off the forecourt.”

Bishop now plans to show more personality in the form of a hideously expensive personalised number plate that does not quite make sense, such as ‘B15H 6J’.

The media's guide to reporting government bullshit as if we're idiots 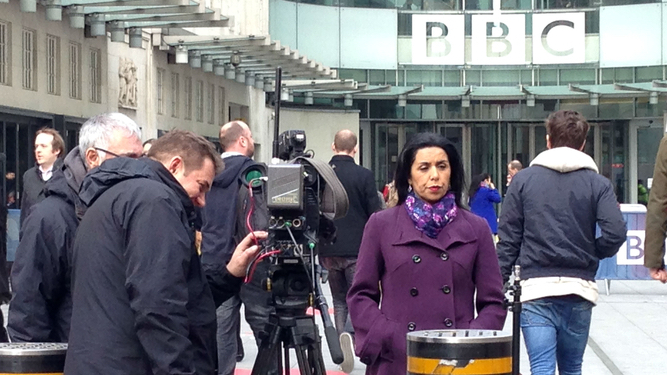 DO you believe the Tories are committed to their ‘green plan’? Of course not, but that doesn’t stop the media taking every word at face value. Here’s how they do it.

Take the green plan. An obvious question might be: “Do the Tories really care about the environment?” Or better still: “You believe green policies are Stalinist red tape and grassroots members want filthy hippy scum like Greta Thunberg to be put up against a wall and shot, so is this bollocks?”

Make the news about whether some principle-free careerist scumbag is likely to be replaced with a slightly different amoral yes-man. This is fine because you have the phone numbers of very important people and therefore are very important too.

If a government minister says “In the next year we intend to build 20 million affordable new homes costing just £250 each”, don’t say: “That sounds wildly overambitious. Is this just another government promise that won’t be kept?” Instead ask them: “Will people be able to choose the colour of their front door?”

Look biased when in fact you’re just an idiot

Press the reset button every day

Never judge a politician by their 100 per cent consistent track record of being incompetent, an arrogant liar or surprisingly thick. Do not feel in any way embarrassed when saying things like “Are we about to see a new Boris Johnson?”.

Do not consult someone who understands the subject

This may come as a shock, but there are unbiased people with in-depth knowledge of subjects known as ‘academics’. If you’re discussing the single market, don’t speak to them and just interview your colleague the business editor who has a degree in Medieval Literature.