Mayans 'full of shit' say experts from within lead-lined bunker

SCIENTISTS have laughed in the face of the apocalypse from their nuclear bunker beneath a mountain.

Speaking from one and a half miles beneath the Sierra Nevada mountain range, experts from the Institute for Studies dismissed 21/12/12 apocalypse predictions as hokum.

Professor Henry Brubaker said: “Such is our indifference to the 13th b’ak’tun and the rogue planet Nibiru that we’re hosting a big ‘un-Apocalypse’ party for the scientific community, world leaders and genetically superior individuals.

“In a bunker. Because bunkers are fun places.”

Surrounded by thousands of boxes of crisps, test-tubes full of urine and bottles of Orangina, Professor Brubaker said: “What did the Mayans know anyway?

“Apart from that Magnum ice cream and the film Apocalypto, all they’ve given us is a remarkably prescient understanding of the universe that appears to have been developed in conjunction with extraterrestrial intelligence.”

Elsewhere in the underground complex, radiologist and father of two, Julian Cook was busy writing ironic farewell letters to his wife and children.

“It’s totally an ironic thing. If and when Susan opens it on the 22nd December, she’ll be like “That is so Julian.”

He then added that the letter wasn’t actually ironic, that he was terrified and if you type 21/12/2012 in Wingdings on Microsoft Word it comes out as a picture of a giant lizard with the face of a dog. 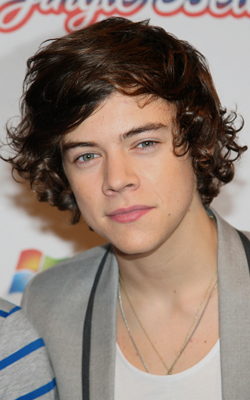 ONE Direction’s middle-aged male fanbase wants to kill Taylor Swift, it has emerged.

Millions of men in the 35-55 age bracket have been left devastated after pictures emerged of Styles on a romantic trip to Cumbria with his famous girlfriend.

46-year-old welder Stephen Malley said: “Taylor’s just using Harry for her career, she doesn’t really love him like I do.

“I mean, I really like my wife but Harry Styles is different. When he’s performing on the telly his hazel eyes gaze directly into my soul.”

“She’s not even that cute. Her eyes are really far apart, like a horrible, ugly goldfish.

Last night there were angry scenes outside a One Direction gig in Manchester as venue security clashed with a group of middle-aged men, mostly scaffolders, desperate to have any sort of interaction with Styles.