Yacht-lovers across the world reacted in horror as 'gate' was added, either hyphenated or in a combination that formed one long, nine-letter word.

James Harding, the editor of The Times, said: "By adding the word 'gate' this is no longer a humdrum story about an everyday yacht.

"This is a story that goes to the very heart of yachts and yes, perhaps even gates.

"Indeed, given the size of the original yacht, this scandal is now so big it could very easily bring down the PRESIDENT OF THE UNITED STATES!"

But a White House spokesman warned: "It's all very well writing stories about yachts and gates, but Mr Harding might want to think twice before bringing this country to its knees."

Media analyst Tom Logan said: "Now they've added the word 'gate' to the word 'yacht' I will be taking it a lot more seriously.

"Nevertheless, I still can't help thinking this is just another run-of-the-mill story about a couple of arsehole politicians sucking a rich man's cock." 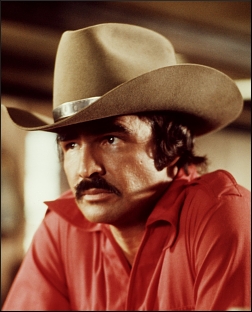 SWINDON was in chaos yesterday as local police chased an American sports car driver through the town centre at high speed.

The terrifying incident left the town reeking of burnt rubber and strewn with the shattered remains of hastily erected barriers, as the black Trans Am left dozens of frustrated traffic officers in its wake.

The driver, known to police as 'the Bandit', stopped briefly near the Brunel shopping centre to ask a young blonde woman if she needed a ride, before he was slapped hard on the upper arm by Sally Field.

He has pledged to return next month in the company of Roger Moore, Dom Delouise and the transvestite from M*A*S*H dressed as an Arab.

Speaking via CB radio, the Bandit said: "We gonna race across Wiltshire, a million bucks to the winner and old Smokey can kiss my ass!"

Superintendent Brian Hayes, who led the police chase, said he would make a full statement later today explaining why his squad car no longer had any doors or a roof.

He then took off his hat and used it to hit a nearby sergeant, adding: "Amma gonna git them goddamn sons o' bitches, yessiree."

The Bandit was last seen shouting 'yeeeeeee! haaaaaarrrh!" from behind the wheel of the Trans Am as it soared over the railway line at Wootton Bassett.