A MEMBER of London’s fancy, stuck-up liberal elite is unable to afford his rent, it has emerged.

29-year-old Tom Logan, who has a smarty-pants media job selling books and DVDs behind the counter at a shop, is behind with rent on his shared flat in Catford.

Snooty Logan, who believes in gay marriage, salads and watches television on ‘the internet’, said: “I hoped that being in the metropolitan liberal elite would give me access to the network of socialist-hypocrite millionaire actors who sneer at the honest working man.

“Sadly though Judi Dench has not been on the phone offering me her spare room while I get my shit together.

“I haven’t even had a tenner from Mark Rylance, and he’s definitely loaded after The BFG.”

Namby-pamby tosser Logan, who reads for fun and likes avocados, said: “I’ve just been getting more into debt each month because the landlord, a salt-of-the-earth hard-working builder, has nearly doubled the rent lately.

“I thought this country was supposed to be too much of a radical leftist utopia for that sort of thing to happen, but apparently not.”

He added: “This is all my fault for being such a jumped-up tosser.”

We’ve got a Brexit plan for you called ‘F**k Off’, suggests Europe 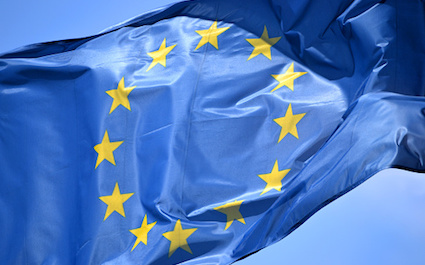 EU OFFICIALS say if Britain does not have a Brexit plan they can offer one titled ‘F**k Off’.

The plan, which has been worked on by all 26 EU states, details exactly how, why and when Britain can leave the European Union and even what it can do with itself afterwards.

European Council president Charles Michel said: “When Boris Johnson presented his Brexit plan that ignored all commitments of the previous Brexit plan, we were inspired to create this.

“Fuck Off is a comprehensive plan, with clear instructions in 24 official languages and a few colourful regional dialects, which should leave the UK in no doubt about where it can go next.

“It minimises any economic impact – to the rest of us – while increasing the benefits of free movement within the EU by making sure the Brits do not have any.

“The UK should follow this plan absolutely to the letter, ideally while ensuring the door does not hit their arse on the way out.”