MEN have begun half-heartedly looking through Amazon in a bid to buy something appropriate for a female.

As the Christmas Doomsday Clock reaches T minus one month, the website has seen an increase in search terms including ‘woman gift’, ‘Keira Knightley motorbike perfume’ and ‘books about relationships’.

Beginning his journey towards universal disappointment, Wayne Hayes, from Carlisle, said: “Last year’s present of ‘e-vouchers’ was frowned upon.

“So now I’m playing CD roulette in a bid to remember which one of those female singer songwriters she thinks is ‘amazing’.”

Meanwhile, Amazon is offering to assess the perfect ‘woman gift’ based on her previous purchases, the items on her wish list and a complex algorithm involving stereotypes.

Girlfriend Nikki Hollis said: “I do hope he gets me something I like, but that would mean him knowing something about me besides how many glasses of wine it normally takes.

“It is, truly, a Christmas conundrum.”

Kennedy ‘would have withdrawn from Vietnam but not women’ 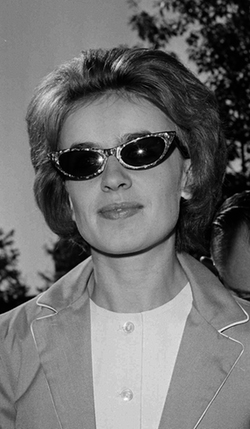 PRESIDENT John F Kennedy planned to pull-out of Vietnam but not giggly White House secretaries, it has been claimed.

On the 50th anniversary of his death, historians said official documents showed Kennedy realised the US could no more win a land war in Asia than he could stop himself from going at it hammer and tongs at least twice a day.

Julian Cook, professor of American television at Roehampton University, said: Towards the end of his life JFK was developing a more sophisticated view of Americas geopolitical role. He was also desperate to fuck Natalie Wood. And at least two of her friends.

And possibly also her mum.

Martin Bishop, author of JFK: Dirty Man in the White House, added: Kennedy wanted to remake Americas relationship with the Soviet Union. Mainly because he had seen photos of Ukrainian women and wanted to poke loads of them without creating a national security brouhaha.

An intern exchange programme with the USSR would have been like a massive Christmas hamper full of nubile 20 year-olds.

Bishop also believes that Kennedy knew that, in his second term, his sexual exploits would have been exposed but did not care as long as he would still be able to have an enormous quantity of intercourse.

He added: J Edgar Hoover once threatened JFK by showing him an FBI dossier on the presidents sex life. Kennedy handed it back and said you missed at least 50, you stupid old freak.

He then settled back in his rocking chair, puffed on his cigar and said I love being me.