A COUPLE who spend thousands of pounds a year on their children’s school fees are sad they are too poor to go skiing this year.

Martin and Francesca Bishop could have sent their children to a state school and had plenty of money, but instead spaffed it up the wall sending them to mediocre private schools.

Martin Bishop said: “Education is important to us, so we’re prepared to go without some essentials so the children can go to a good school. You know, a new Aga and a three-week break in Tuscany.

“I’ve also sacrificed buying a new Audi and Francesca has bravely put off wasting thousands of pounds training to become a shamanistic yoga life coach. That’s how much we love our kids.

“It’s a shame we can’t afford to send Olivia and Henry to boarding school, because then we’d love them so much we’d only have to see them during the holidays.”

Son Henry said: “We’re not going to return the favour when they’re old by paying for them to go into a nice care home.

“It’ll be a state-funded hellhole where they’re tied to a chair while they eat their mashed banana. That’s just the sort of people we are.”

We call her 'dickhead' to her face and she does nothing, cabinet confirms 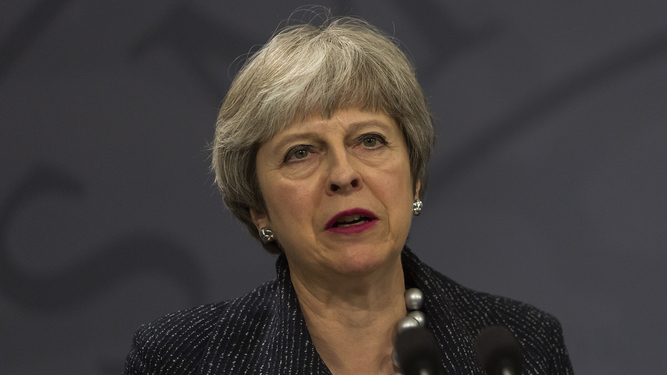 THE cabinet have confirmed that they openly refer to Theresa May as ‘the dickhead’ in meetings and she acts like she has not heard.

Work and pensions minister Amber Rudd, speaking under conditions of strict anonymity, admitted that nobody has referred to May by name since December and the abuse is getting worse.

She said: “Normally when she starts on her ‘This is the only deal that honours the blah blah blah’ we just talk over her. Because why would you listen?

“Last week Jeremy Hunt was kicking a football around the cabinet meeting room. Then Michael Gove threw a glass of water in her face just to see if she’d react. She didn’t.

“It’s not even a big deal now when one of us says ‘shut the fuck up, cretin’ to her. It’s like saying ‘hello’.

“When she started to talk about the budget, Phil Hammond just covered her with pages of the Daily Telegraph until we couldn’t see her. It was terrible, but I laughed along with everyone else.

“There’s talk of bringing eggs and flour in today, which I’m uneasy about. But I won’t actually try to stop it and I’ll probably join in.”