A MIDDLE-CLASS child is suffering from shock after being exposed to the word ‘no’ for the first time in his entire life.

James Bates-Hudson, aged eight, was left confused and shaken after he was told ‘no’ by an ignorant social inferior in Sainsbury’s who objected to him licking bakery items before replacing them on the shelves.

Eyewitness Tom Logan said: “At first he froze in place like a spooked horse, baffled by the alien sound of the word. Terror, panic and indignation flashed in his eyes.

“As if the signal hadn’t reached his heedless hands, he picked up a pain au raisin to give it a lick. The ‘No’ was repeated, along with an admonishment that you cannot take things that are not yours. His face was a mask of terrified incomprehension.

“He stumbled along behind his mother, shaking with the realisation that the world was not the benevolent, forgiving playground he imagined. And when his mother was asked to pay for the spitty croissants, it dawned on him that actions have consequences.

“His whole world fell apart. Even his mother struggled to cope. I don’t think she’d heard ‘no’ often enough to be used to it. They were both broken by its force.”

Sociologists are still studying the wider effects of ‘no’, but believe it could be a key tool in raising the middle classes to be less entitled little bastards. 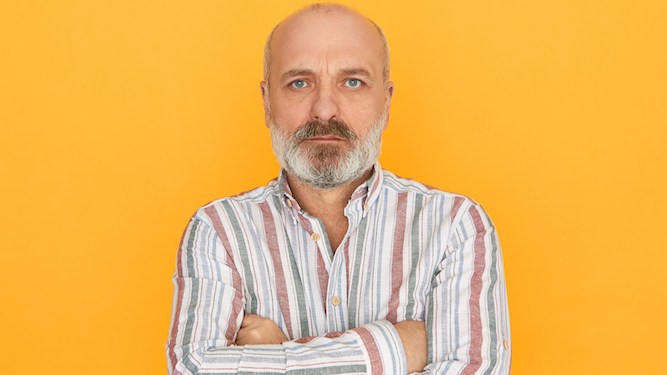 A MAN up in arms about having to prove he is vaccinated is totally cool about Dominic Raab’s scrapping the Human Rights Act.

Roy Hobbs believes that vaccine passports are a draconian attack on his civil liberties but believes anyone opposing the government’s desire to remove his human rights is a communist.

Hobbs said: “Vaccine passports and masks are the thin end of an authoritarian wedge. Where are we living, Hitler’s 1940s Nazi Germany under fascism?

“It is a huge infringement on my personal liberty to have to show a negative lateral flow test to enter a large event during a public health emergency. There’s simply no reason for it.

“Human rights, on the other hand, are a load of woke bollocks that allow illegal immigrants, criminals and ethnic minorities to steal my taxes. And let’s face it, most of them are all three.

“I’m also fully behind voter ID, stripping British citizenship and the Nationality and Borders bill. Why? Because it’s just common sense. Also none of it affects me.

“But having to show a Covid pass if I want to go to a venue with more than 500 people? That hits me personally. Well, it would if I went anywhere other than my local Spoons on a Saturday night.”