A MIDDLE class family from Bristol has endured a 90 minute journey on the budget coach service Megabus.

Quantity surveyor Stephen Malley had to take his wife and children to a new exhibition at the Tate Modern because of social pressure from their peer group.

But when train fares proved prohibitively expensive, they found themselves travelling via Megabus.

Malley said: “I took the last remaining seat, next to the toilet beside a man with his legs akimbo who was weeping.

“I immediately noticed the aroma of many different cuisines as passengers munched through their various foodstuffs, but despite my close proximity to the loo I felt certain nobody would defecate on a relatively short journey.

Malley’s daughter’s Susan said: “It was good. We are not allowed dance music at home and I got to hear banging techno for the first time, through the phone speaker of the person sitting behind me.

“I’ve been on National Express too but Megabus has way more of a party vibe.” 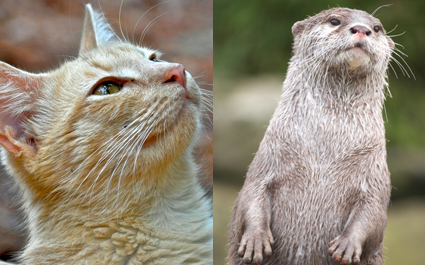 CATS and otters are the same animal.

Researchers at the Institute for Studies found that rather than being a distinct species, otters were merely bedraggled cats with an unusually strong fish drive.

When they emerge they look more muscular because their coats are slicked down, and also their pointy ears appear more stubby because they are mostly fur.

When humans first saw a really wet cat they were like what the fuck is that and gave it another name.

There are far fewer species than most people think. For example, bears are really just large fat dogs and worms are obviously a puny type of albino snake.