Middle class man too scared to pronounce 'croissant' in public

A MIDDLE class man is too scared to ask for a croissant in a crowded café in case other middle class people make fun of his pronunciation.

Martin Bishop, from Crouch End, has eaten hundreds of croissants in his life but has always avoided saying the word out loud in case he is mocked by people who think they are more cosmopolitan than he is.

Bishop said: “As a middle class man it’s pretty much mandatory that I am able pronounce it, but I live in fear of revealing I only got a D in GCSE French and have never summered on the Côte d’Azur, which I also can’t pronounce.

“Is it ‘crosson’ or ‘cwasson’? Does pronouncing the ‘t’ at the end indicate I am an uneducated cretin or suggest to impressed listeners that I’m using the regional dialect of Aquitaine?

“And how much accent should I use? Too little sounds like I passive-aggressively hate the French and too much makes me seem like the stupid policeman from ‘Allo ‘Allo.

“This may sound like a first world problem, but my friends are such superficial bastards that they’d disown me.

“We all remember what happened to Emma when she tried to say ‘chipotle’.”

Lads who go 'on the pull' every Saturday have never pulled 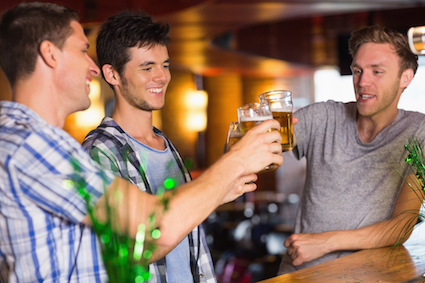 A GROUP of young men who regularly go ‘on the pull’ are wondering when they will attract women.

Tom Logan and his friends always do their best to look attractive before spending eight hours or more in bars and clubs, but invariably end the evening in the company of a chicken jalfrezi.

Logan said: “It’s possible we’re doing something wrong but I can’t think what. My trainers are always spotless and I’ve got some great lines such as, ‘I’m learning the guitar’ and ‘You’ve got lovely teeth’.

“I hope something happens soon, because even my mum is starting to take the piss.”

Logan’s friend, Wayne Hayes, said: “None of us have actually pulled when we’re on the pull, so basically it’s just hanging around with your mates, only really expensive and with no Playstation.

“Maybe that’s all there is to it, in which case I’ve got some great pulling stories, mostly about one of us ‘having a little accident’.”