A MIDDLE CLASS mother is wondering which of her tepid political opinions to turn into a Halloween costume for her child.

She said: “We could do a zombie Boris Johnson, because he’s a bit stupid. And he could be holding a book about Europe and looking quizzical.

“Maybe he could have a calendar or something with the Brexit date crossed out. Or will that look as if we’re mocking Leave voters?

“Alternatively we could dress up Toby as Jeremy Corbyn. Maybe I’ll make one of those little hats he likes wearing out of a muesli box, and he could be wearing a t-shirt with a hammer and sickle on.

“Or might that look as if we support him? I don’t want the neighbours thinking we’re Marxists.”

Son Toby said: “I want to dress up as a massive robot with a gun. What’s Jeremy Corbyn?”

Brexiter keeps peeking out window to see if Britain has exploded 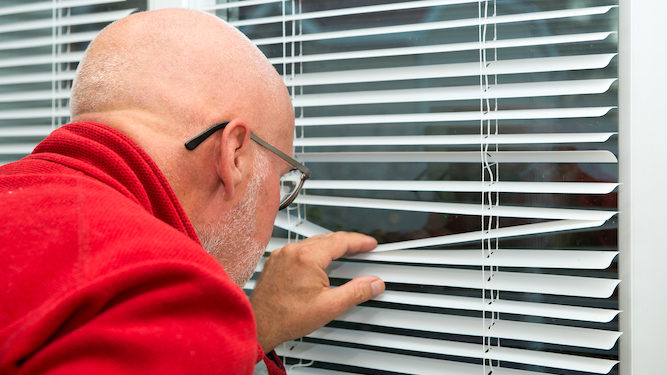 A 52-YEAR-OLD man his peeking out the window every 1o minutes to see if the riots have begun on his road.

Roy Hobbs, from Bedford, is still unsure whether he will hide or join in but has confirmed he definitely wants advance notice so he can get his car in the garage first.

He said: “Nothing yet. Thought I heard the sound of a nation erupting in fury from over near the roundabout, but it was just a crow.

“Imagine they’ve already started in the Leave strongholds. We were only 51.8 per cent for Brexit, so stands to reason we’ll take a bit longer to get our dander up.

“Didn’t vote in it myself but apparently what’s happened is a total and utter betrayal of the people’s will. Jim down the Greyhound’s very vocal on it. He’s probably set fire to the snug already.

“Normally riots are in big cities, but they’re all Remain, so I’m puzzled as to how rioting works in suburbs and countryside. Where’s the mob going to form? The leisure centre?”