MIDDLE CLASS children are demanding a minimum standard of chocolate for Halloween and will not accept anything with less than 70 per cent cocoa content.

Other stipulations include a layer of gold foil in the packaging, the name of the chocolatier on each square, and no cartoon mascots.

Nine-year-old Jack Browne said: “We know we are narrowing our potential returns. But most of the houses round here will only have this stuff anyway. If they don’t, we paint a cross on their door to warn the others.

“It also means we don’t have to bother with the council estate on the edge of the village. One of those houses has a washing machine in the garden. They’re not going to have Green & Black’s.”

Browne confirmed a schism over whether to accept Percy Pigs, with one faction saying they are okay because they come from Marks & Spencer, and the other rejecting them based on their worrying similarity to ‘tacky and mainstream’ Peppa Pig.

Local resident Tom Booker said: “I’ve got some 99 per cent chocolate lined up for them. I can’t eat it because it burns my throat. That’ll f**king teach them.” 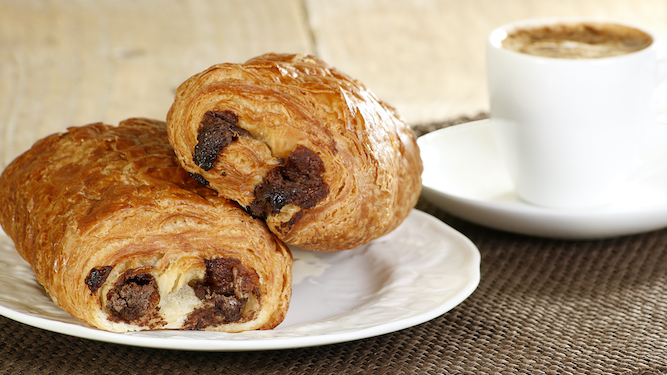 PEOPLE who insist on using a French accent to order a pastry in a British cafe have confessed that they enjoy being unbearably pretentious.

Those ordering chocolate croissants using strangled Gallic tones are coming under increasing pressure to stop being such twats.

Cafe owner Bill McKay said: “The croissants I sell are made in a factory in Milton Keynes and then baked on the premises here by a man called Alan. No part of the process is in any way French.

“My business relies on selling hot drinks and croissants, but I will not serve a customer who is being a dickhead. No French accents on the pastries and no Italian accents on the coffee. This isn’t a language school.”

Pastry fan Martin Bishop said: “I know this isn’t even how the French say it because I tried ordering one once in Paris and the waiter laughed out loud for a full three minutes before telling me to ‘pees uff’.

“However, when ordering my pastry of choice, I still try to hit every vowel sound in the most disagreeable way possible so everyone instantly knows I’m a massive cock.”