POP star Miley Cyrus is either having a total meltdown or conforming to modern social norms, according to experts.

However they admit it’s equally likely that this is just what our world is like now.

Dr Emma Bradford said: “Even ten years ago I’d look at Miley Cyrus and say something is very, very wrong with that young woman. She needs to be taken to a friendly place and helped by professionals.

“But then if you look at the bigger picture, you’ll notice that our entire culture is heartbreakingly dysfunctional.

“Most men are addicted to hardcore pornography and popularity is the ultimate goal. So perhaps Miley is just utterly, boringly conventional.”

Dr Bradford described showing a number of test subjects photographs of Miley Cyrus in buttock-revealing shorts, appearing to hump a person dressed as a giant toadstool.

She said: “None of them commented on her behaviour, they just asked where they could buy all the products shown in the picture.” 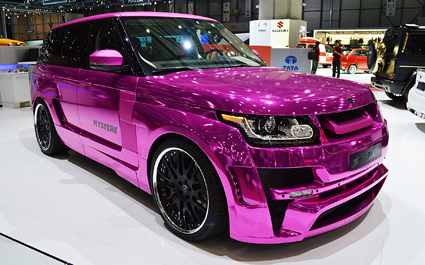 Higgs, professor emeritus of theoretical physics at the University of Edinburgh, said: “I’ve dropped some serious Nobel cheddar on this bad boy.

Higgs, who is currently deliberating between the license plates PART1CLE or H1GG5, said: “In the place where I grew up, physics was the only route out.

“I saw neighbourhood physicists in their sports cars and designer clothes and thought yeah, I gotta get some theories.”