ED Miliband will take money from pensioners so he can bribe students who are going to vote Labour anyway.

Unveiling the ‘idea’, the Labour leader said he would cut tuition fees by taxing pensioners, ‘because they never vote, so no-one cares what they think’.

He added: “Students are the most popular and valued members of our society and every hard working Briton wants them to be as comfortable as possible.

“Pensioners in particular will be delighted to hand over money because they love to see young people sitting around all day doing cannabis and oral sex.”

Student Tom Logan said: “Like any normal person I’m going to vote Labour until I get a job.

“I’m a student and even I know this is a massively stupid idea, but it would be rude to turn it down.”

Mourinho alleges plot to make him look like a paranoid lunatic 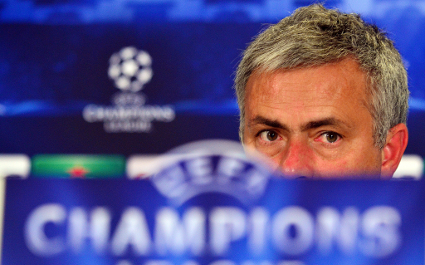 JOSE Mourinho has accused the FA, UEFA, FIFA, and the Bilderberg Group of portraying him as some kind of conspiracy theorist.

After Nemanja Matic’s red card was upheld, the Chelsea manager lashed out at the shadowy forces controlling events behind the scenes to make him seem like a delusional maniac.

Unveiling his wall full of documents and photographs connected with drawing pins and red string, Mourinho said: “It cannot be coincidence.

“Jamie Redknapp’s tight-trousered insults, the baffling campaign by referees against poor Diego Costa, more than 16 penalties not given in a single game against Burnley – they are all connected.

Mourinho said that after his team lose to Tottenham in the League Cup he will present evidence of mind-control rays developed by the warrior priests of Atlantis.