THE public has demanded to know which intelligence agency Milk Tray man works for and why he is covertly delivering chocolates.

Plans to return Milk Tray man to active service have left Britons demanding to know if he receives taxpayers’ money to slip into women’s bedrooms and how this aids national security.

“I suppose he could be assassinating female terrorists with poisoned chocolates, but once you’re in their bedroom it’s probably better to just shoot them rather than hope they’re stupid enough to eat a mysterious food gift.”

Milk Tray man Roy Hobbs said: “The truth is I was in a destructive relationship with a very damaged woman who could only be intimate after I’d jumped into shark-infested waters from a balcony.

“That’s over now so in the new adverts I’ll just be arranging for people to be tortured in Middle East prisons.” 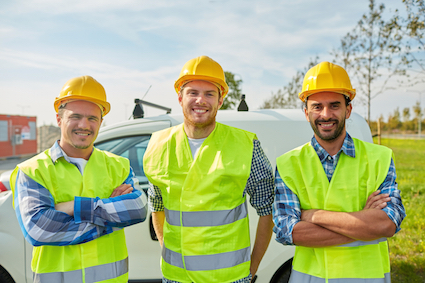 SOME builders have been accused of turning up when they said they would.

Wayne and Sandra Hayes, from Carlisle, hired local firm BestTrade to lay a new patio but were disgusted when the builders arrived on time and began work, rather than staring at it for an hour.

Wayne Hayes said: “I’d bought a catering pack of teabags and a sack of sugar, but they brought their own flasks. It felt like an imposition.

“You brace yourself for having to flush the turd of a complete stranger from your own toilet and they don’t even set foot in the house.

“I’m not sure what kind of cowboy-free outfit they’re trying to run.”

Hayes emailed his concerns to the company and was dismayed to receive a quick and friendly response that was not riddled with spelling mistakes and veiled threats.

The firm offered to knock 10 percent off the quoted price, on the understanding it was paid by cheque so the correct tax could be declared.

Hayes said: “My only hope is that all falls to bits after 18 months like I’d expected.”