Millions Save Money With Carlsberg Draughtmaster&#8482;

With recession looming shoppers across Britain have been stocking up on emergency supplies of hi-tech gadgets, guaranteed to pay for themselves.

Julian Cook, a trainee accountant from Clapham, said his new Carlsberg Draughtmaster™ would deliver the full experience of being in a pub, but with huge cost savings.

"I picked this up for just £114, which is nothing compared to the cost of a medium-sized pub."

Katie Wilson, an out of work estate agent, said she was saving money with a £125 novelty smoothie maker by the Italian designer Alessi.

"I'm very aware of the constant threat of scurvy and pulped fruit is a hugely important part of my life. That's why I bought a smoothie maker with funny little feet and a jaunty hat."

Wilson added: "I’ve also bought a breadmaker, it's fantastic. I’ve not actually switched it on yet, but as soon as wheat hits $250 a tonne I'm going to crank that baby up, I swear to god." 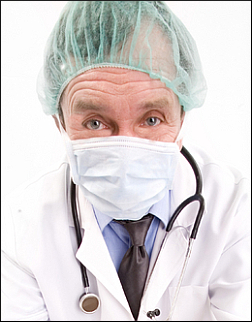 AN increase in health complaints among lesbians suggests they may be doing it wrong, the British Medical Association said last night.

A national survey revealed many lesbians are not seeking medical advice as they believe doctors are frightened of them and will immediately call the police or fire brigade.

But the BMA dismissed claims that lesbian health problems are ignored by the NHS, insisting common complaints, such as dungaree burn, are often mistaken for non-lesbian conditions.

A BMA spokesman said: "Lesbianism is a tricky business. It takes skill and unfortunately too many women are still falling off half way through.

"Meanwhile many lesbians are reluctant to reveal the cause of their injury, fearing they will be inundated with demands for photos and graphic descriptions of what they were up to.

"This means if a woman comes into casualty with a sprained ankle, claiming she broke a heel, we'll take her at face value, rather than assume she's just fallen off a great big lesbian."

He added: "As for lesbian sexually transmitted diseases, we're not 100% sure how that happens.

"All we can advise is that you keep those sorts of things in the fridge."