THE government has rejected claims that Britain mistreats the thousands of whining, dishonest foreigners who wash up on our shores every year like so much rubbish.

The asylum system has come under attack from a senior judge who is no doubt having an affair with one of these grasping ne'er-do-wells.

Sir John Waite's report said the UK had abused the hordes of unwashed thieves by not giving them fluffy pillows, a mug of hot chocolate and a bedtime story before sending them back to whatever hell-hole they climbed out of.

But Jacqui Smith, the home secretary, said: "So what if they get a clip round the ear and a cold Pot Noodle?

"They're dirty foreign types who just want to steal our hospital beds and move into my garden."

The report also accused the immigration service of refusing to serve afternoon tea in detention centres and failing to compliment these la-di-da refugees on their choice of rags.

The home secretary added: ""What's wrong with their own countries? I've been to Somalia. The scenery is beautiful and Mogadishu simply oozes rustic charm.

"And anyway, I thought you wanted us to treat them like shit?" 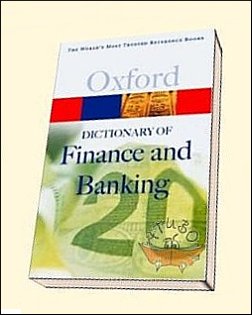 THE Financial Services Authority could be stripped of some of its regulatory powers after admitting it didn't know what a bank was.

The regulator said it bought a copy of the Oxford Dictionary of Finance and Banking off Amazon last summer after reading about the problems at Northern Rock, but was still on the introduction.

Hector Sants, the FSA chief executive, said it was 'quite dry' and 'a bit heavy-going in places' but that he hoped to have completed it before the end of the year.

Mr Sants said: "Did you know the first modern bank was founded in Genoa in 1406? Fascinating.

"A bank takes in spare money from people, which they called a deposit, and then gives it out to others as something called a loan.

"But some banks borrow a lot of money off other banks and then give this money out to people as well, who don't give it back to them, and then we have a stock market. Or something like that."

He added: "I can’t be doing with all this chip and pin either.

"I spent £200 in Tesco the other day, get to the till and put in the wrong bloomin' number. Again. It's very confusing.

"I offered to put all the stuff back but they wouldn't hear of it. They were really very nice."