Monopoly dog ‘could be next prime minister’

THE dog from Monopoly could easily win the next general election, it has emerged. As the makers of the board game asked the public to ‘re-elect’ its favourite piece, the metal terrier rapidly gained more votes than all of the major parties combined in the 2010 election.

Political analyst Emma Bradford said: “If electoral rules were changed to allow a scale model of a dog to run for parliament, there would be no contest.

“According to research, 64% of the public would be in favour of a Monopoly piece prime minister.

“Politicians are often described as ‘pawns’ so the general public are comfortable with board game tokens being in positions of power.”

Metal animal psychologist Norman Cooke said: “I think we can assume he doesn’t like cats. So we’d probably see some anti-cat legislation, like the lower branches being cut off of trees.

“Terriers generally dislike badgers, so the Monopoly dog would re-instate a cull.

“And I expect he would change planning laws so that you can build a hotel wherever you happen to be standing.” 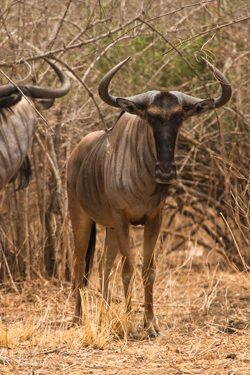 SKY viewers on unemployment benefits will only be allowed to watch documentaries, according to new guidelines. Expect to see a lot of wildebeest

As part of a radical government overhaul of televised entertainment, those out of work will be only be permitted vaguely informative satellite channels.

Iain Duncan Smith said: “We can’t stop people watching television, but we can limit their enjoyment.

“Movie channels will be blocked and replace by National Geographic Wild HD, Military History and Quest + 1.

“This will simultaneously make television less alluring while raising educational standards. There’s always work out there for someone who knows about the bite force of a bear’s jaw.”

He added: “I don’t actually know how Sky works but I assume this all makes sense.”

Job Seekers Allowance claimants will be offered bespoke channels like the Yesterday Billionaires channel, in the hope that shows about old banking families will inspire them to start their own dynasties.

Unemployed Stephen Malley said: “With drinking and smoking taxed to the hilt, satellite television remains the only pleasure still vaguely affordable to the proletariat.

“However this has made watching Babestation a political act.”

56-year-old antiques dealer Norman Steele said: “If I had my way, theyd only ever be allowed to watch coronations, in black and white, on a three-inch screen.