BRITAINS sense of moral indignation has been outsourced to a single man in China, it has emerged.

Social media controversies, the Christian Voice and Richard Littlejohn are all being coordinated from a shack just outside the Chinese capital by a permanently enraged man working 96-hour shifts.

As a result Britains judgemental output has fallen to its lowest level since 1918, when people were too busy dying of Spanish Flu to form opinions.

Prigologist Wayne Hayes said: Its far cheaper to have a man get infuriated on the other side of the world, then email it over.

The anonymous bile-producer receives pitiful wages and will be shot for looking up from his desk.

“These things make his sense of frustration much more real than that of some UK journalist who’s got a nice house with a coffee machine.”

The outrage outsourcing was first noticed when a Rod Liddle was accidentally printed in its original Mandarin.

Britain’s moral indignation is funded by a cabal of editors, politicians and the people who sell the soft furnishings that make you feel better.

It has also been revealed that Jeremy Kyle is actually a CGI character, protestors outside Marie Stopes clinics are actors chosen for their resemblance to a vagina sucking a lemon and nobody in the UK is actually arsed about gay marriage.

I want no part in this, says sledge 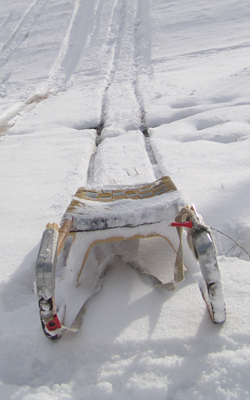 A SLEDGE has distanced itself from the inevitable injuries to its rider.

As snow descends on the UK, thousands of sledges are being forced to participate in activities that can only end in tears.

Wooden sledge Tom Booker said: “Look how fucking steep this hill is. And there’s a barbed wire fence at the bottom.

“I’m just saying because when this kid breaks his hip everyone’s going to blame me.

“But if I wasn’t an inanimate object I would have chosen a much gentler slope.

“This happens every year. I hate it, the inevitable sickening crunch.”

Fertiliser bag Nikki Hollis felt similarly: “My plastic slipperiness means I can get from point A – top of steep hill – to point B – bottom of steep hill – very, very quickly indeed.

“At point B there is a wall made of heavy stones, some of which are also quite sharp.

“I’m just pointing this out because no one ever seems to notice until after the ambulance arrives.”