CHILDREN’S game Moshi Monsters has been attacked by parents for having characters named Cockmonger, Twatsy and Big Arsehole.

Twatsy, a vertically-smiling monster described as icky, sticky and all too picky, by the popular web-based game, is one of many beasts parents object to.

Mother of two Joanna Kramer said she was horrified when her son kept shouting the name of his favourite character, Fuckface, across the playground.

She continued: “Within the context of the game it’s perfectly acceptable  the characters face is in poor condition  but there is the danger that children could begin using it as an insult.

As a busy parent it can be hard, when you hear your little ones shouting pissgargler and fannyfart at each other, to know if theyre playing a game that stimulates computer literacy and learning or just being rude.

Moshi Monsters creator Stephen Malley said: What parents dont understand, and kids do, is that these names are just a bit of fun.

If you take characters like Spunkguzzler, Wankhands, Turdnosher and Stupid Fucking Bastard seriously I pity your lack of imagination.

“It also gives children a chance to develop swearing skills.”

And I know mummy likes Moshi Monsters really because I heard her and daddy playing it and shouting the characters names at each other when Im in bed. 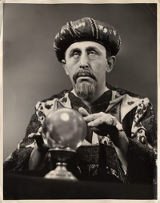 Spirits are generally 100% proof, unless Derek Acorah’s talking about them, in which case they’re 0% proof.

Aquarius (20 JAN-19 FEB)
This week you’ll learn if you’re lurking around the woods wearing a disguise, the police will *not* believe it’s because of the teddy bear’s picnic.

Aries (21 MAR-19 APR)
All razors are disposable razors, if you think about it.

Taurus (20 APRIL  20 MAY)
It’s been fourteen days since I stopped caring about how many days it’s been since you stopped smoking.

Gemini (21 MAY-20 JUN)
This week you buy a couple of chocolate bars for your appointment with Audrey Hepburn’s kid. Two Drifters, off to meet the son.

Cancer (21 JUN-22 JUL)
As part of your health kick you’re having three days a week in January with no alcohol. You’re due in court in March.

Leo (23 JUL-22 AUG)
Uh-oh. The reincarnation of Homer has turned up to question your use of the word ‘epic’ about a night out in Wetherspoons. Well this is awkward.

Virgo (23 AUG-22 SEP)
Get rid of those mid-week blues by a night in on your own with a tub of ice cream. Try eating it this time, though.

Libra (23 SEP-23 OCT)
Your new-found focus at work goes a bit far on Thursday when colleagues find you screaming ‘Take it, you BITCH’ as you feed paper into the document shredder.

Scorpio (24 OCT-21 NOV)
Your first day as a BBFC censor goes badly when you describe the first three films you’re asked to rate as ‘utterly unwankable’.

Sagittarius (22 NOV-21 DEC)
Sorry, this horoscope is temporarily down for maintenance.