FOOTBALL clubs are being advised to get their ill-advised transfer window panic buys in early before the rush.

The expected demand for out-of-form strikers, defenders with fucked knees and reserve goalkeepers with gambling debts could exhaust supplies before January 31st.

Leading football agent Norman Steele said: “If you’re in the market for an untried Paraguayan winger who looks fantastic on a cleverly-edited YouTube video, act fast.

“Otherwise some other lucky club will be discovering that he’s put on six stone since November.”

Particularly advised to throw millions at their problems are clubs in the relegation zone, clubs which have recently changed manager or clubs likely to sack their current manager in early February.

The chairman of a leading Norwich-based club, speaking anonymously, said: There are only so many young defenders with longstanding attitude problems and drink-driving convictions on the market.

The temptation is to wait until January 31st in the hope of being forced to pay a higher price, but the prudent club can pay well over the odds straight away.

Sunderland are in the hunt for marquee names hiding career-ending injuries, Arsenal are looking for a foreign buy to destabilise their title bid, and Hull City are keen on big-name Englishmen ready to begin a stately journey down the divisions.

Steele said: Whether you fancy a lower-league journeyman enjoying the one good season of his career or a sulky Brazilian who refuses to play in rain, buy now and worry about your unsustainable levels of debt later. 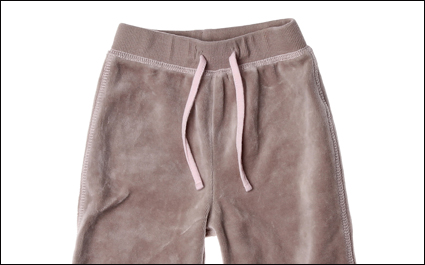 A spokesman said: “Most married couples will eventually end up spending all their downtime wearing jogging clothes while being entirely sedentary.

“And what better way to celebrate that slow slide into mutual animosity than with his and hers tracksuit bottoms?”

Bride-to-be Donna Sheridan said: “We haven’t made our minds up just yet. I’m holding out until I see what Gamestation can offer us.

“What I’d really like is loads of vouchers. I wish someone would invent a voucher that you can spend in any shop.”