MAX Mosley will have no idea when his bare bottom is about to be pummelled by a large, angry woman, pretending to be German.

The former motor racing boss had appealed to the European Court of Human Rights to give his weathered hindquarters the right to a statutory advanced warning so that he could clench or unclench depending on his mood.

But the Strasbourg court said the British judicial system already allowed Mosley to seek redress if Frauline Shickelgruber came at him when he was not ready.

“And if those measures prove unsuccessful they would still be able to seek damages for unexpected bottom pain, especially if they hire one of those grubby ambulance chasers who do so much to fund quality daytime television.”

The decision is a rare, non-buttock related blow to Mosley who had hoped a victory would lead to the creation of a new law to protect arses.

He added: “If I know when it’s coming then it gives me time to compose myself and think up what I would say if I later discovered that someone had been videoing the whole thing.

“The last time I was lucky to be able to come up with the entirely convincing excuse that the women were posing as perfectly normal prisoners who wear the sort of black and white striped pyjamas popular in British jails and that German was the chosen language that day after being picked from a tombola.”

Food intolerances linked to inability to shut your face 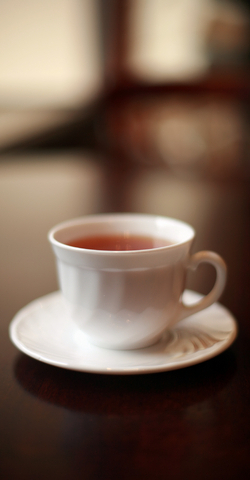 PEOPLE who believe they are intolerant to certain foods have been advised to stop going on about it.

Researchers at the Institute for Studies found that those who claim to be unable to eat things could very easily just not fucking eat them without repeatedly going into tedious monologues about how serious it all is.

Professor Henry Brubaker said: “Because I’m not one of those utter freaks who became a gastroenterologist I have no interest in anyone’s digestive system but my own.

“And yet somehow Britain is now filled with millions people who can’t open a jam jar without turning it into yet another story about them.

“For a certain type of person, food intolerances are like A Levels. The more you’ve got, the cleverer you are.

“They even had to invent a thing called ‘gluten’, just so that they could be unable to eat it.

“I think it’s something to do with wanting attention. Perhaps saying that wheat makes your eyeballs sweat is like a British middle-class version of alien abduction.”

He added: “One solution to these trumped-up dietary woes is to visit a ‘naturopath’, basically a gimlet-eyed snake oil vendor who wears flannel trousers and writes bad poetry about the Earth having a fanny.”

Naturopath Tom Logan said: “Gluten is a thing and the Earth does have a very beautiful vagina.