Most don't want to work past the age of zero

MOST people in Britain would prefer not to work a day in their lives, according to new research.

As Iain Duncan Smith suggested the majority want to work past 65, the Institute for Studies found that he could not be more stupid and wrong.

More than half of those surveyed said they would want to work into their late sixties, but when asked if that was just a lot of bullshit they all said ‘yep’.

Professor Henry Brubaker said: “We found that when people were being themselves rather than this pointless idea of themselves, they realised that work is a waste of time and that careers are pure fucking evil.

“But unfortunately we have created a prison for ourselves where the walls are made from 42” inch tellys showing adverts for cars.

“We spend nine hours a day surrounded by fuckers so we can add another telly to the top of the wall and tell ourselves this is better than weeding a vegetable patch and then spending the afternoon playing the sousaphone or getting naked with a chum.

“And before you go to work, don’t forget to stare at yourself in the mirror. Your new clothes are so smart.”

Brubaker stressed it was shitty little politicians like Iain Duncan Smith who had convinced us to look down on travellers and benefit cheats when in fact our contempt for them is based on nothing more than simple jealousy.

“They are blessed with the imagination and essential humanity that is required to do nothing. That said, there’s no need to rub our noses in it by spending their waking hours smoking the ganja and giggling like freaks. That’s just mean.

“Meanwhile, I suspect Mr Duncan Smith is angry about being bald. He should paint a strawberry on his bald head and have experimental sex with a bi-curious fireman.

“And remember, if you find yourself in a pub listening to someone going on about how their career is really important to them, throw your drink in their face and then demand that they buy you another one.”

He added: “People say they need to keep working because they wouldn’t know what to do all day. At the last count there were 16 thousand, two hundred and eighty two billion, three hundred and forty six million, four hundred and twenty five thousand, six hundred and fourteen things in the world.

“So you can see their point.”

M&S about to learn 14 different French words for 'shit' 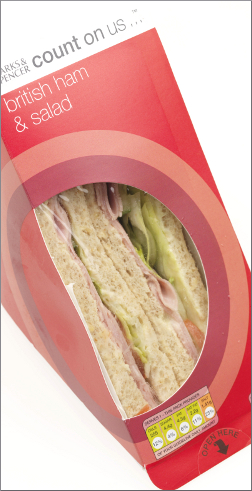 MARKS and Spencer is about to discover all the different words the French have for things that are shit.

The store is to return to France after a decade in a brave move that includes trying to sell French people what English people think is fancy food.

“But the average French person would look at it and say, ‘yes, that’s all very well, but what the fuck’s it doing in a packet?’.

“‘Why isn’t it being made in a kitchen by a man or woman who has known how to make it since they were three?’.”

He added: “I suspect their new Simply Food store will attract mainly American tourists who are only visiting France so they can call everyone a coward.

“And of course the Parisians do love their dogs so if Marks and Spencer is lucky they’ll mistake it for some kind of mid-market pet food store.”

Holding an M&S pre-cooked beef bourguignon between his fingers like it was a radioactive tarantula, Jean-Pierre Lafarge, a truck driver from Toulouse, said: “Just because Dervla Kirwan sounds like she wants to shove it up her vagina doesn’t actually mean that it’s any good.

“Frankly, I wouldn’t push this into a goose.”