Most people go to cinema just to be annoying

THE majority of cinemagoers only do it to annoy strangers by talking and making rustling sounds, it has emerged.

Researchers found that 81 per cent of cinema attendees had no interest in motion pictures but merely sought to aggravate others with deliberately inconsiderate behaviour.

43-year-old Wayne Hayes said: “I just go up to the counter and say, ‘let me into a film’. Ideally it will be one that’s already started so I can burst in late and irritate everyone by staggering around in the dark ‘looking for a seat’ even though the room is mostly empty.

“Then I jam my knees into the back of the seat in front of me and get my phone out for some texting and general dicking around while making loud, inane remarks to my mates who are seated across the aisle.

“Eventually someone will rise to it. Then I’ll act like it’s their problem for being an uptight bastard.

“All I really want is some attention.

“The beauty of it is that you rarely get punched because in the dark nobody can tell if you’re hard.” 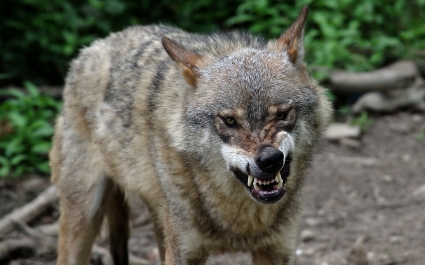 VIEWERS of Wolf Hall have complained to the BBC that it did not feature the promised wolves.

Nathan Muir of Stourbridge said: “I like all the wolf movies – American Werewolf in London, Dog Soldiers, Teen Wolf, Teen Wolf 2 – so I sat through the fucking boring history bit waiting for someone to either become a wolf or to be attacked by one.

“My guess was that the ginger out of Homeland would get a pet wolf that he set on people, or that as king he’d have to go out and single-handedly battle a pack of wolves threatening the country. Either would have been fine.

“The BBC should heed the story about the boy who cried wolf, who lied repeatedly and so nobody listened to when there was actually a wolf in his television programmes.”

A BBC spokesman said: “Following viewer feedback, the next episode will show Thomas Cromwell dramatically transforming into a werewolf at the full moon and reveal that the true history of England is the secret war between them and the vampires.

“It might seem a jarring U-turn for the narrative, but the pigs want their shit.”