BRITONS desperate to own homes are increasingly opting to live in Playstation games.

Trainee solicitor Tom Logan said: Its hard to find a two-bedroom flat in London for less than £300k, so it made perfect sense to buy in the land of Nazgor, located in the Playstation 4 game Age of the Dragon Kings.

After doing basic quests like killing local bandits, wed earned enough gold pieces to buy a woodland hovel. Its pretty basic and doesnt have a toilet for some reason, but it does have plenty of storage space for weapons and armour.

Living in a Tolkienesque place does mean we spend a lot of time fending off the orcs and the undead, but it’s less dangerous than a lot of Zone 5 places.”

His partner Nikki Hollis, said: Facilities are excellent, with a tavern, an armourer and a magic potions shop all in close walking distance. However I am having a real struggle finding a decent patisserie or a hairdresser.

Hollis admitted that living in a fantasy role-playing game had its own pressures, such as finding time between quests to hold down a job in the real world to pay for electricity for the games console.

She added: If we have kids, there are plenty of places at the local Mages Guild, which is like a free school but less eccentric.” 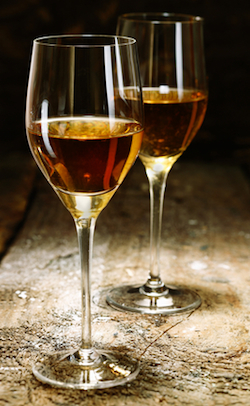 PEOPLE who drink sherry after a vigorous afternoon of paintball have demanded a tax cut.

They claim the Chancellor has ignored them in favour of sedentary leisure pursuits and alcoholic liquids served through a pump.

Martin Bishop, from Peterborough, said: Im a hardworking person and paintballing and sherry are the only two things I enjoy. Obviously Im not that hardworking otherwise it would just be bingo, bingo, bingo.

Nevertheless, when I remove my paint-spattered body armour and grab my bottle of Croft Original I am being as British and decent as anyone.

Why is it always the stereotypes who get everything their own way?

There was also anger from people who race ride-on lawnmowers while drinking mead.

Nathan Muir, from Hatfield, said: There is nothing quite like the thrill of taking a sharp bend atop a Toro DH220 while trying not to spill your mead. It should be affordable to all the hardworking types.

Economist Julian Cook said: Paintballing and lawnmower racing do not have the same mass brainwashing potential as The Bingo.

Also, I suspect the government is trying to create a Nazi-like force of beer swilling, brown-shirted grandmothers.