Most would back far right if it was better at violence

A MAJORITY of Britons would back far right groups if they gave up street brawling and bulldozed a mosque.

A survey found that 52% wanted groups like the English Defence League and the British National Party to promote organised and spectacular violence that has clear and achievable aims.

And more than half of those said that if done properly the violence could eventually involve trains delivering human freight to vast facilities hidden deep in the Forest of Dean.

Martin Bishop, a middle class man who feels ignored, especially when he is being quoted by the Daily Mail,  said: “Throwing a few fists with some coppers makes them look piddling and irrelevant, like students.

“They need to get organised, perhaps get some nice smart uniforms and then begin a series of systematic attacks as part of an overall strategy of violent intimidation.

“For instance, I’d like them to pick a particular section of society and then tell me to go and smash all their windows.

“We could all do it at the same time and call it the ‘Night of Lots of Broken Windows and Stuff’.”

Helen Archer, a woman who has had enough of something from Stevenage, said she did not want to bulldoze a mosque but would if she had to because it would make her happy.

She added: “I’ve got nothing against Muslims, I just don’t want them imposing their medieval values on me while I’m demanding the return of capital punishment and writing to the BBC about Graham Norton.” 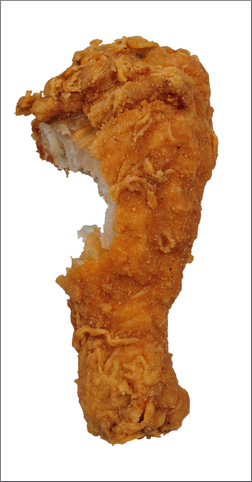 The former England international has been attempting to contact Cole via loud hailer from a car parked outside Chelsea’s Cobham training ground since yesterday afternoon.

So far, Gascoigne has been seen waving a fishing rod, a family-sized pack of Wagon Wheels and a DVD box set of The Rockford Files in a bid to get Cole’s attention.

Security guard Bill McKay said: “Gazza keeps shouting at Mr Cole to put the air rifle down so they can watch the Rockford ‘Making Of…’ featurette over a glass of Um Bongo and what’s left of his KFC.”

Gascoigne stressed he had known Cole for years, insisting he was a ‘good lad’ apart from the infidelity, the self-pitying autobiography and general shit-eating arrogance.

He added: “But right now he’s going to need a Haynes manual for a Volkswagen Polo, a Monopoly set with the dog missing and a giant pack of bourbon biscuits.”

The crazed shooting spree is understood to be Cole’s response after being recently out-fuckered by England team-mate Wayne Rooney.

Cole’s agent, Tom Logan, said: “Since turning 30, Ashley’s realised that he hasn’t got many years left of being thought of as a piece-of-shit by football fans and normal people.

“Randomly shooting members of the public is a good, solid start. If only it hadn’t been a student.”