A MUM-OF-THREE has spent the night before a planned lie-in worrying about being a lazy cow.

38-year-old Emma Bradford, who allocates herself two lie-ins a year on Mother’s Day and her birthday respectively, started fretting about her laziness at least a month in advance.

She said: “I don’t know if I can lie in bed as late as 9am, like a grotty student.

“Maybe if I stay awake all night the night before my lie-in, worrying about all the things I’ll have to catch up on after the lie-in, at least I’ll feel like I’ve earned it.”

Bradford’s 11-year-old son Nathan said: “Last time she planned a lie in, we caught her trying to take the bins out at 3am.

“It’s like she doesn’t even trust dad. What’s the likelihood of us causing a second pan fire?

“Mum needs to chill out sometimes. Although when she does it’s less like she’s relaxing and more like she’s having some sort of meltdown, just lying in bed frowning next to a cold cup of tea.”

Show really gets going in season two, says friend who assumes you’re fine to sit through ten hours of shit 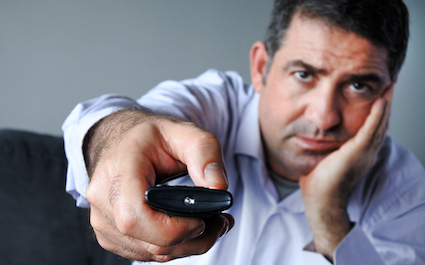 A TV show is worth persevering with because it improves after just ten hours, according to a friend who assumes you have nothing better to do.

Friend Nathan Muir has recommended the American show, which is about the founding of Silicon Valley or something, while insisting that the initial ten hours of utter tedium should not put you off.

He continued: “Actually it’s more like the second half of season two when it picks up. But stick with it.

“The first season’s all setting up so you have to pay attention, apart from to the characters and plotlines they just drop completely, but I won’t tell you which ones because spoilers.

“But trust me, all you’ve got to invest is the equivalent of a couple of working days of your leisure time in something you’re not enjoying in the least, and it’ll properly pay off.