TORY MP Jacob Rees-Mogg believes that despite the prime minister’s attempts to appease Germany, Britain is once again on the verge of World War Two.

Listening to his wireless while the nanny put his six children to bed in the attic, Rees-Mogg believes the Teutons to be unabashed by the bloody nose they took at the hands of British Tommies in the Great War and its successor.

He said: “Rumours about the Colonies and the Orient beginning World War Three are so much twaddle. It’s the last one we’re on the brink of.

“The stormclouds are gathering over Europe and following the invasion of Poland the Krauts will take France by advancing with tanks through the Ardennes, which our generals will never expect.

“I have arranged for the railings of my London townhouse to be melted down to make Spitfires, the croquet lawn to be dug up to grow cabbages and a corrugated-iron shelter to be constructed at the bottom of the garden.

“Our pluck will be tested, yes, but the Empire shall prevail.”

My week whited-up as an angry, middle-aged man 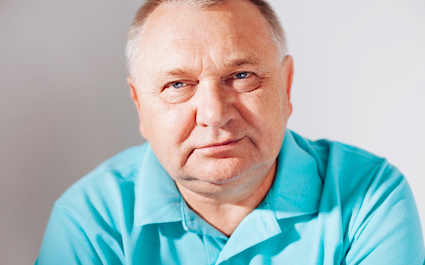 YOU never really know how prejudiced you are. But I must admit, when I see crowds of paunchy, white-haired men at cricket matches or in boardrooms ugly thoughts go through my head.

‘Keen gardener’. ‘Tax-avoider’. ‘Drives aggressively’. ‘Sunday lunch in a carvery.’ Thoughts that I’m not proud of but that made me feel this wasn’t the country I thought I knew.

So that’s why I, an Afro-Caribbean woman, decided to put on latex, a fatsuit, ironed bootcut M&S jeans and a crisp blue shirt to find out the truth about life among the whites.

Wearing whiteface, I saw your lifestyle from the inside. Working three days out of five, mostly telling other people to do things, I realised how frustrating it was when things were so imperfect you almost had to do some work yourself.

At dinner parties, I understood how oppressive political correctness is, stopping you from saying all the things you say while qualifying that you are not allowed to say them, and the daily oppression of living in terror of speed cameras.

I understood the discomfort and unease I had caused to ordinary, decent people in the English countryside simply by living 170 miles away with dark skin, and rightly felt ashamed.

And most of all I understood Brexit: that it was common sense, that all the fussing about it was simply scaremongering nonsense, and that if anything did go wrong then it would be my fault.

My week in whiteface has taught me that whatever trivial problems the black community faces are nothing compared to the suffering of the persecuted majority.

They will never truly recover from the removal of Jeremy Clarkson from Top Gear. But it is our job – all of us – to try to help them heal.