A MOTHER has finally got around to finishing reading her now grown-up daughter’s teenage diaries.

Mary Fisher first began the confidential diaries eight years ago, when daughter Emma went to university, but has admitted they are “not exactly page-turners”.

She continued: “They start really well, with this idealistic young girl battling an icy, heartless guardian – Charlize Theron in the movie – but then nothing happens for literally years.

“It’s just the same old boys-don’t-notice-me-nobody-understands-me-I-wish-I-was-dead moaning for half the book, and I ended up putting it down and picking up the new Jack Reacher.

“Why couldn’t she write something more like that Gossip Girl? I mean I know she was in Nottingham not Manhattan and grounded most of the time, but have a little imagination.”

Fisher added: “I’m determined to finish them because I never give up on a book, but it’s a struggle.

“I’ve had to put it forward for the next meeting of my reading group. That way we can all read it together.” 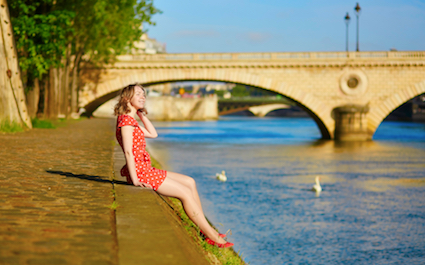 EVERY single BBC employee has travelled to France to ensure the best possible coverage of Euro 2016.

20,000 staff have been flown out to the BBC’s White City complex, which has been dismantled and reassembled on the outskirts of Paris at a cost of £78 million.

HR manager Susan Traherne said: “Although my job doesn’t have any obvious link to Euro 2016, I have to work from this penthouse overlooking the Seine for operational reasons.

“And the same goes for the logistics team, risk and of course IT, who we couldn’t place in Paris itself so are booked in the Sequoia Lodge at Disneyland Paris.

“It’s really revitalised our working practices. For example, we now have a six-hour lunch.”

BBC director general Tony Hall said: “This move was absolutely necessary to give Euro 2016 the coverage the British people demand.

“I only hope England don’t cause us problems by remaining in past the group stage, because in less than two weeks all 20,000 of us are due to arrive in Glastonbury.”